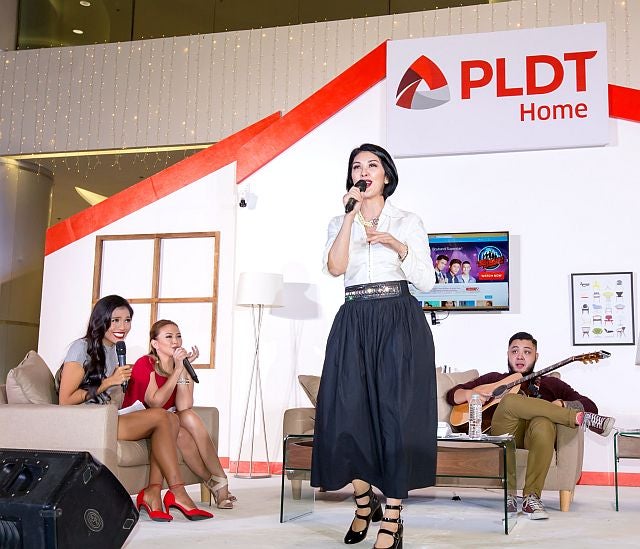 THIS is Pops Fernandez, one of the first celebrities to launch themselves like comets across the universe without social media.

Installed as the Philippines’ Concert Queen by the record albums, movies, and shows sold out since 1976, she still broke the glass ceiling of this generation’s gauge of fame with over 200,000 followers on Instagram.

“Showbiz is very difficult,” the singer, who turns 50 before the year ends, confessed. “Sometimes, it’s unexpected—you just happen to be at the right place at the right time.”

And speaking of the right place, say, if we arrived 25 minutes earlier, we would have secretly ogled at her dinner plate at Kuya J’s to find out what she ate before performing at another PLDT Home leg, this time in Cebu at the Mountain Wing of SM Seaside City. It’s crucial for us, of course:

How she keeps a svelte figure without a religious routine of exercise.

Or perhaps, we might just discover what potion she drops in her food.

“There’s no secret. I wasn’t eating for a long time, but now I try to eat in portions, just to satisfy my cravings. I realized the more I deprived myself of food, the more that I ate,” Pops shared.

Homespun and high-tech, earthy and celestial: This is a pop juggernaut masterfully in command of the new kingdom she has discovered. She now leads a galaxy of stars, only embattled to be creative. It’s not even an issue of staying power anymore because she is quickly becoming a different kind of starmaker.

But here’s the real showbiz insider talk we’re sure our mothers would elbow us for.

…Because we know someone who makes her believe in love all over again.

Mostly for productions. I don’t really perform as much as before, but I put up a lot of shows, do a lot of events, so we’re gearing up for Valentine’s Day. It will be Ogie, Erik, and Ai-ai at the Kia Theater.

What defines you more— producing shows or performing at concerts?

It will always be a desire and a passion of mine to perform, di ba? I think it’s within me. It’s in my bloodstream, and there’s always that natural high when I’m on stage performing. But I’m also pretty much enjoying the production side of it, and I get to create, help out a lot of artists, also put up shows from the other end naman. Normally kasi, ako yung nasa stage, ngayon naman… ako yung nanonood, ako yung tumutulong to put it together. I’ve really been enjoying it. 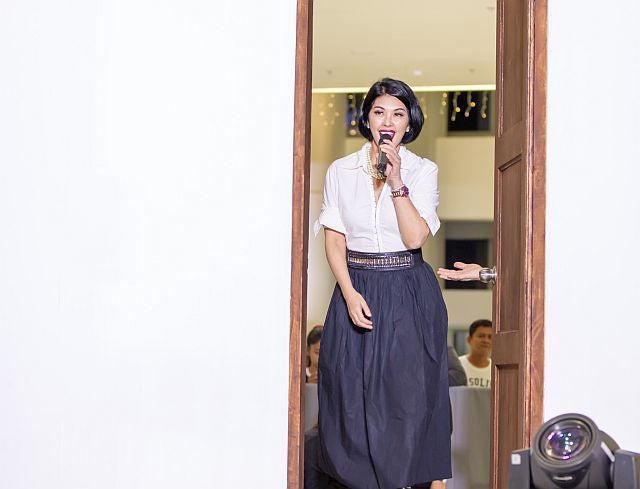 Are you saying goodbye to the concert stage?

I’m not saying I’m never going to perform ever again. Like right now (The PLDT Home Cebu leg), I’m going to do a couple of songs here. Like I said, it’ll always be a part of the system. Ngayon kasi, para’ng na enjoy ko yu’ng business aspect of the showbiz industry. Of course, it’s part of maturing also as a person and as an artist-turned-businesswoman naman. I really enjoy that.

What do you usually say to showbiz beginners?

Showbiz is very difficult. For a lot of aspirants, akala nila kasi ang dali-dali lang ng showbiz. Maganda ka lang, marunong ka lang kumanta, kaya mo lang umiyak—madali lang. No. It requires a lot of discipline, a lot of luck. Of course, mostly talent, but sometimes you have the talent, but you’re not destined to make it. So even with talent, you’re really not going to make it. Sometimes naman, wala kang talent, but it’s your destiny. Sometimes, it’s unexpected—you just happen to be at the right place, at the right place. Whatever it is, either you see it as a destiny or you’ve strived hard for it… don’t stop dreaming, I think it’s important—whatever it is we end up doing in life, be it a singer or an actress, a call center agent or a doctor—to have a lot of passion. Just because it didn’t happen this year, it does not mean you can never achieve it anymore.

Tell us about your experience as a fashion designer.

Being an artist kasi, it’s a whole scope, di ba? Merong singing, arte, designing things, putting makeup, fixing clothes, styling someone. I think that’s innate already. That’s part of the whole artistry of the person. It’s a nice outlet. Right now, mass production ako–every so often, yes, I still have friends whom I help out. I design my own dresses. I do my own makeup. There are other businesses also in line… of course, yung mga pampaganda.

Now that you’re back on stage, are you more nervous after a considerable period that you’ve worked behind the stars.

Oo, always—even when I was performing every day. You know why? It’s always a different audience. Even if you’ve sung the song a million times, because we’re live performers… it’s always a different day. The human body is our machine, right? It’s not like you press the play button and it comes out. It depends on the day. Sometimes, you’re feeling well, sometimes not. Then again, it depends on whoever is in front of you—will they enjoy my performance? So I think that’s the best part of being a live performer. You never know what to expect. Di ba, it can be the same song requested all the time? How I am going to perform the song today as compared to yesterday’s?

You came from a successful love team up with Martin Nievera. What do you think about this generation’s love tandems, conquering TV ratings?

I think it will never go away. Filipinos are hopeless romantics, and we get kilig.

I get kilig watching love teams, especially if they’re in movies. They play different characters, and they’re so magaling that you really fall in love with their characters. I think it’s healthy because it gives a lot of inspiration, not just to the young people but to the older people as well. Ako ha, when I watch it, parang it helps me believe in love again even—if it is just for an hour, and then it’s back to reality again (laughs). 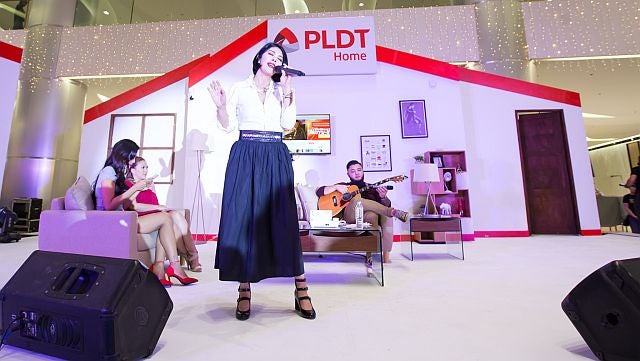 What’s your most unforgettable leg in this PLDT tour nationwide?

I’d usually do PLDT’s Gabay Guru. It’s a always an experience. It’s always nice to be representing not just a known company, but a company that cares for a lot of people and helps out a lot of people. Syempre, nakaka… kung baga, masarap to be part of the group like PLDT. They always take care of us, and they always take care of their audience. They make it a point na pumili sila ng artists who could give good entertainment to the audience.

We remember before you said that Cebuanos before are very hard to please in terms of music and entertainment. How do you prepare for this show in Cebu?

Yes, it’s very true. The best part about performing in front of the Cebuanos is that when they love you, they’re very loyal. And when they keep asking you back, that means you must be doing something right. So it’s always an experience. I’ve opted for something more of the young repertoire because I figured it’s a new mall, ‘yung mga mas naririnig, let’s say, sa mga bars at mga lounges. I am still doing some of my recordings. Now I brought my…older brother (laughs). My son (Robin) is with me.

He will add a different flavor to my performance. He’s going to do his own stuff; we’re going to do a song together. I’m going to make it like a family affair for the Cebuanos.

Is it difficult to connect to the new generation’s taste in music?

Oh, no, not at all. I think music will always be very universal. Ibang iba na yung music ngayon … but as long as you can relate to the music, to the lyrics of the music and the melody—it’s still universal.