Juvenile dolphins die after being washed ashore in Malabuyoc 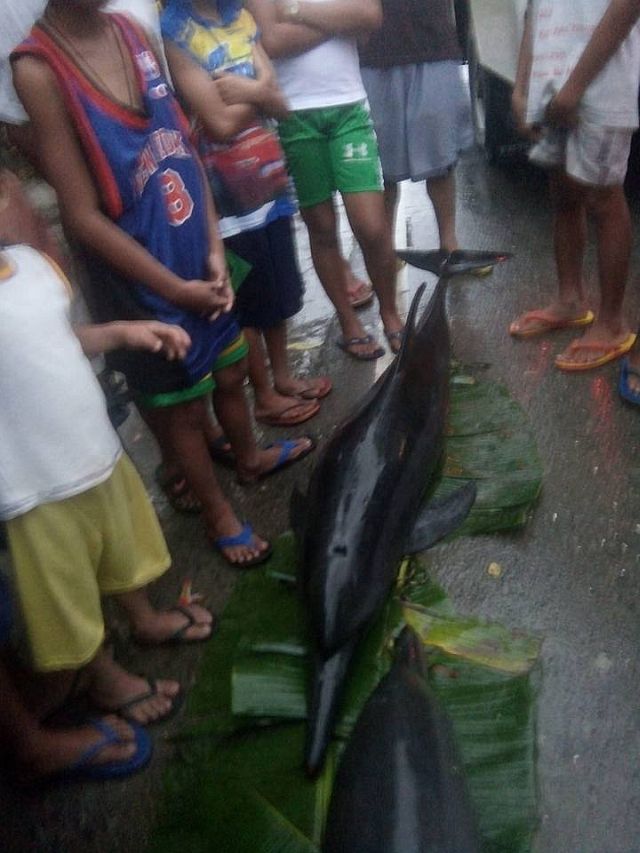 Two juvenile dolphins died after they were washed off by strong waves in the town of Malabuyoc. (Contributed photo by Erik Ybas)

Erik Ybas, OIC Environment and Natural Resources Office and Municipal Tourism Operations Officer of the Municipality of Malabuyoc said local fishermen in Sitio Lala O, Barangay Motañeza tried to return the dolphins but later died because of wounds in their mouth.

“The fishermen tried to return them (to the sea) and noticed that there was blood coming out from its mouth,” Ybas told Cebu Daily News.

Ybas also commend the local fishermen for trying to save the dolphins.

“I appreciate them bisan pa sa aghat sa ubang tawo ipa karne pero wala buhata worth appreciating jud (I appreciate them for trying to save the dolphins despite other people urging them to just sell its meat),” he added.

Read Next
Should ROTC be revived?