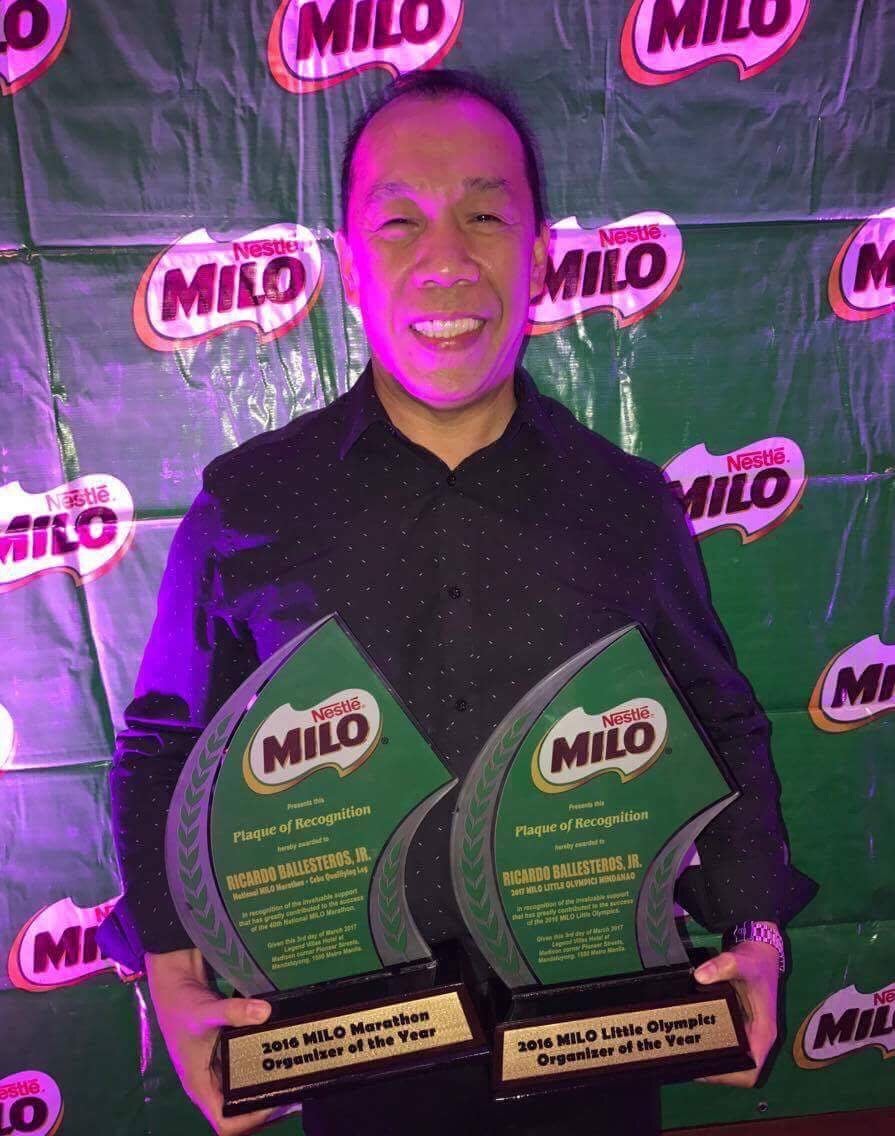 Ricky Ballesteros shows off the two plaques he received during the Milo Annual Recognition Night on Friday night at the Legend Villa Hotel in Mandaluyong City. (CONTRIBUTED PHOTO)

Ricky Ballesteros once again stood out in the Milo Annual Recognition Night as he bagged not one but two awards on Friday night at the Legend Villa Hotel in Mandaluyong City.

Aside from the two awards, Ballesteros was also chosen to spearhead this year’s Milo Marathon National Finals as, for the first time, Cebu City was selected to host the year-ending event.

The National Finals, which will be held in December, will pit the top performers of the regional legs.

For the third straight year, Ballesteros was named best organizer for the Cebu City leg of the 2016 Milo Marathon.

The Cebu City stop has been consistently the most-attended leg among the regional qualifying races.

“I would like to share these awards to the people behind the Milo Marathon-Cebu City leg and Milo Little Olympics-Visayas and most especially to all the Cebuanos. Daghang salamat!” said Ballesteros in a Facebook post.