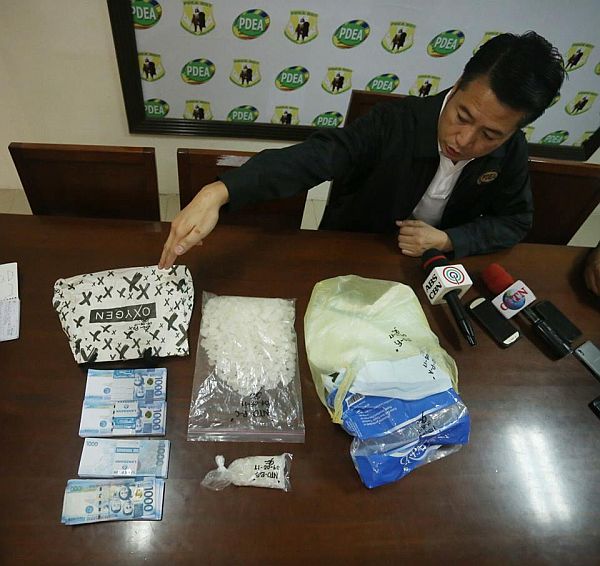 CEBU CITY—At least P4.3 million worth of drugs were seized by agents of the Philippine Drug Enforcement Agency in Central Visayas (PDEA-7) in a buy-bust operation in Sitio Bliss, Barangay Labangon, Cebu City on Saturday night.
Jumar “Avatar” Umpad, who was tagged as the new player in the illegal drugs trade, managed to escape while his courier, Mark Gonzales, 21 was arrested.
At least 1.1 kilos of shabu worth P4.3 million were seized from Gonzales who claimed that he was paid P1,000 to deliver shabu.
Gonzales would face charges for violating the Comprehensive Dangerous Drugs act of 2002, a non-bailable offense.
Yogi Filemon Ruiz, PDEA director for Central Visayas, said they conducted a buy bust operation against Umpad, a new player in the illegal drugs trade.
The plan was to buy 100 grams of shabu worth P360,000 from Umpad. The transaction was supposed to take place in front of a school in Barangay Labangon past 7 p.m.
But Umpad noticed that he was dealing with law enforcers, prompting him to flee and leave behind Gonzales who was bringing a yellow plastic bag containing more than a kilo of shabu.

Read Next
READY FOR BROWNOUTS