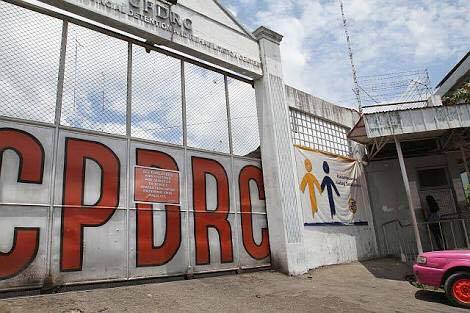 Another week, another set of contraband was managed to be smuggled inside the Cebu Provincial Detention and Rehabilitation Center (CPDRC), where around 2,730 inmates are currently detained.

At 2 p.m. on Wednesday, prison guards as well as members of the Provincial Public Safety Company (PPSC) conducted a “mini” greyhound operation inside CPDRC after they received a tip that inmates were having a “session” inside Door 6 of the facility’s isolation cell.

Seized from the three inmates inside the cell were seven packs of suspected shabu, a cellphone, charger, drug paraphernalia, and cash amounting to P600.

According to prison guard Carl dela Cruz, inmates detained in the isolation cell are given time to go outside for brief periods to get some sun and surmised that it is during this time that the inmates managed to get their hands on the contrabands.

(They stay in the isolation cell but there are times when they can go upstairs. They probably have someone they were conniving with to get the contrabands.)

CPDRC officer-in-charge Bobby Legaspi expressed dismay at the development, considering that security in the facility have been tightened, and said they are currently investigating the incident.