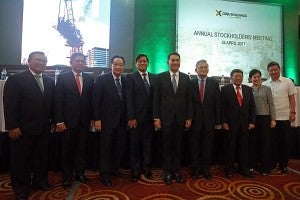 CHI closed the year with P2.7 billion in revenues with a net income of P679.7 million. Total assets end at P19.6 billion.

CHI president Aniceto V. Bisnar Jr. described the year as a period of thorough planning and strategic execution of development and expansion projects wherein the goal is to increase the leasing revenue base in the next five years.

“The rental income represented 68 percent of our total revenues this year, thereby further strengthening our recurring income base and diversifying our ability to generate income on various fronts,” said Bisnar.

Revenue from residential lot and condo sales contributed 11 percent while theater operations and interest and other income contributed five and 16 percent, respectively.

While the company’s decision to pause the sale of commercial lots and key properties temporarily affected their bottom line as the year saw a drop in their figures — revenues dropped 27.4 percent from P3.74 billion, net income dropped by 17.8 percent from P827 million and total assets dropped by 0.6 percent from P19.7 billion.

CHI chief finance officer Enrique B. Manuel Jr., said that the deliberate and strategic move would surely provide more lasting returns for all their shareholders in the long term, especially as their land bank begins to significantly appreciate in value in the coming years.

Bisnar said that the rental income came largely from the higher occupancy rate at Ayala Center Cebu, which is already 98 percent leased out.
The 133,274 square meters mall boosts of an average daily traffic of 124,000 despite the growing competition.

They have also completed the 31,113 square meters Ayala Center Cebu Tower which was already fully leased out.

According to Bisnar, their subsidiary, the Cebu Property Ventures and Development Corp. (CPVDC), has already completed eBloc Tower 4, bringing their office leasable space up to almost 108,000 square meters.

“Our current build-up of office buildings including Tech Tower 1 at Cebu Business Park and the stacked Central Bloc development at the Cebu IT Park will more than double our current leasing portfolio within the next five years,” he said.

Last year, CHI also launched Gatewalk Central in Subangdaku, Mandaue City, which is in partnership with Ayala Land, CPVDC and AboitizLand, Inc.
Bisnar said the 17-hectare development is envisioned to be a dynamic new city center with an Ayala mall and residential and office buildings.

The mall at Gatewalk Central is one of two malls, the other one in Cebu IT Park, that is coming up within the next five years that will help the company position itself better to take advantage of Cebu’s upbeat economic growth forecast.

“Cebu’s economy and growth forecasts remain exciting and dynamic. We are well positioned to take advantage of this continuing growth. Our retail and office leasing inventories are set to double by the year 2020 with the opening of two new malls and multiple office towers in existing and new growth areas,” he said.

Bisnar also announced that planning is underway for a 14-hectare property on Mactan Island in partnership with Taft Property Venture Development Corp.

Masterplan for the 26-hectare South Road Properties (SRP) project, which is in partnership with SM Prime Holdings, has been completed.

Bisnar said they are now in the engineering planning works of the SRP project and have already secured a PEZA Zone accreditation for the property.

Bisnar and the other members of the board, however, declined to give a definite target time to start development works of the SRP property, saying they will be focusing on the other projects that they have recently launched and are set to launch this year.

According to CHI chairman Bernard Vincent O. Dy, they have earmarked the same amount of investments in the next five years which they will put into the development of the Gatewalk Central and the Mactan property which they are looking to launch by end of the year.

“We have set P10 billion Capex (Capital Expenditure), or roughly about P2 billion every year, which shows that we remain bullish with our investments in Cebu. We’ll continue to put in investments into mixed-use developments. As you know we are currently in five major estates now and we will continue to pour in investments in this areas and add more in the future, and hopefully soon SRP can contribute,” said Bisnar.

Aside from projects in Cebu Business Park and Cebu IT Park, CHI is also developing projects in Liloan, Cebu for their premier seaside residential subdivision Amara; Amaia Steps in Mandaue City; and the recently launched Gatewalk Central.

“We have begun turn-over of the North Tower of Amaia Steps and we are set to launch the South Tower by end of the year. By December we will also launch the last and most awaited phase of Amara,” he said.

As brisk developments continue within their existing estates, Bisnar said that they seek to expand developments to other areas within Metro Cebu.

CHI chief finance officer Enrique B. Manuel, Jr. said they are currently looking at a couple of properties which they can soon develop into another mixed-use property in Cebu.