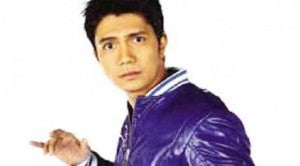 MANILA – The Philippine National Police (PNP) on Monday said they have not received any complaint from the camp of actor Vhong Navarro on his alleged mauling in a condominium unit in Bonifacio Global City (BGC), Taguig last January 22.

“We are willing to assist them, but they have not filed any formal complaint to the PNP,” said Colonel Roberto Fajardo of the Criminal Investigation and Detection Group (CIDG).

Fajardo said the case would not prosper without a formal complaint.

He added that since Navarro is still under hospital treatment, his lawyers may file the complaint on his behalf.

“The case is now being investigated by the Taguig police based on the police blotter filed by the complainant but we are waiting for a formal complaint,” he said.

Navarro, he said, only issued a statement to media, which could not be their basis for the investigation to roll.

He said Navarro was brought to the Taguig police under a citizen’s arrest by the complainant and her companions.

Any procedures violated during the citizen’s arrest on the part of the complainant and the police will be investigated, Fajardo said.

Lee was allegedly part of the group that mauled and threatened Navarro.