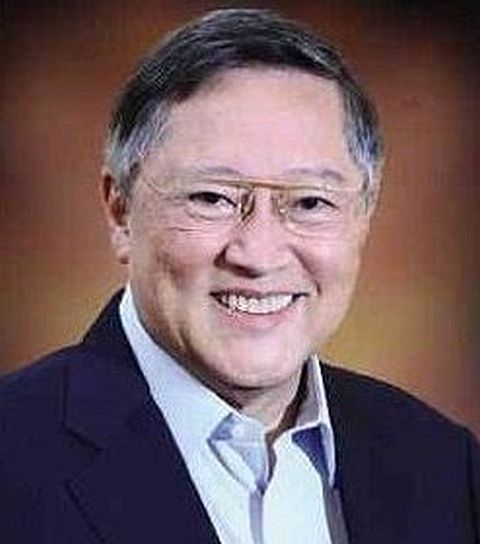 MANILA — Finance Secretary Carlos G. Dominguez III reiterated on Wednesday that the Duterte administration’s planned infrastructure buildup would be funded mainly by revenue gains from comprehensive tax reform as well as local borrowings to avoid falling into a “debt trap” even as it secures more loans from China.

“The government will take advantage of the excess liquidity in the domestic market by borrowing 80 percent from banks and other financial institutions here, while tapping only 20 percent of its loans from overseas lenders,” Dominguez said in a statement, referring to the administration’s borrowing program for the next six years to finance the wider budget deficit of 3 percent yearly in order to spend more on building infrastructure.

“We will invest wisely and gain from the investments we have made to pay for the country’s debts,” Dominguez added, in reaction to an opinion piece of Corr Analytics founder Anders Corr published on Forbes, which claimed that Philippine debt, including interest, could jump to $452 billion from $167 billion at present on the back of plans to borrow more from the Chinese government.

“High rates of interest that China, the most likely lender, could impose on the new debt could balloon it to over a trillion US dollars in 10 years. More likely according to my analysis, at 10-percent interest the new debt could go to $452 billion, bringing the Philippines’ debt-to-GDP [gross domestic product] ratio to 197 percent, second-to-worst in the world… Dutertenomics, fueled by expensive loans from China, will put the Philippines into virtual debt bondage if allowed to proceed,” Corr said.

But Dominguez said “the Duterte administration will exercise fiscal prudence and responsibility to ensure that its unmatched public investments in infrastructure would create a lot more jobs and business opportunities, which, in turn, would sustain the country’s growth momentum and accelerate poverty reduction.”

“The government will only resort to financing its ambitious infrastructure buildup through borrowings — and mostly from local sources — if the economy can grow to finance its debts,” Dominguez said.

According to Dominguez, “the Duterte administration is bent on having its comprehensive tax reform program (CTRP) approved in Congress so that it could help raise enough revenues to bankroll the government’s ambitious plan to modernize the country’s infrastructure backbone so the Philippines could catch up with its more vibrant Southeast Asian neighbors.”

“The first package of the CTRP would serve as the cornerstone of the funding for the government’s ‘build, build, build’ program,” according to Dominguez, referring to the measure aimed at bringing down personal income tax rates while imposing higher taxes on oil, vehicles as well as sugar-sweetened drinks.

During their presentation of Dutertenomics on the sidelines of the Belt and Road Forum in Beijing early this week, Budget Secretary Benjamin E. Diokno said that “in order to fund our projects, whether through borrowings or by paying as you go, we have to raise an additional $7 billion of taxes every year” to increase the share of revenues to GDP to 28 percent by 2022 from 16 percent in 2015.

Diokno said the Duterte administration would spend a total of P8.4 billion on infrastructure.

“We plan to pour in up to $170 billion for public infrastructure from 2017 to 2022, making this period ‘the golden age of infrastructure’ in the Philippines. We also plan to complement public spending with private investment through public-private partnerships or PPP currently with our robust pipeline of at least 40 major projects amounting to more than $25 billion,” added Pernia, the head of the state planning agency, National Economic and Development Authority.

“Based on our calculation, we expect this planned infrastructure spending to supplement our GDP growth by 3.4 percentage points on average annually, and create more than one million additional jobs a year over the next six years,” according to Pernia. /