ALL EYES ON CEBU 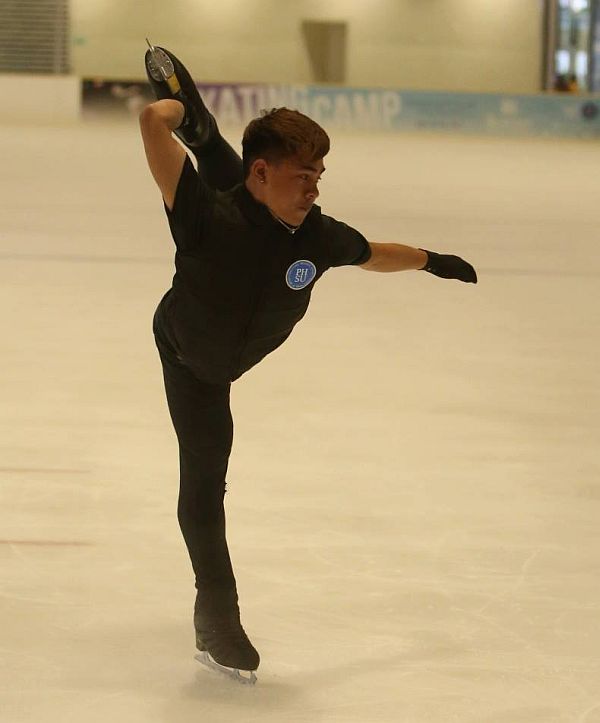 Cebu will be at the center of the international figure skating scene as it hosts the final leg of the Southeast Asia Challenge International Figure Skating Competition on June 2 to 4 at the SM Seaside City Cebu skating rink.

Leading the list of participants will be the Philippine team headed by Jules Alpe, touted as the next Michael Martinez. Other participants from Malaysia, Thailand and Vietnam will also be in town to compete.

Organizers said it was the idea of Hans Sy, Chairman of the Executive Committee of SM Prime Holdings, to hold the competition here in Cebu City. The SM Seaside City Cebu is the only mall in Cebu which has an ice-skating rink.

“Hans Sy wanted to make Cebu as the venue of this competition because he wants to promote the sport in the country by starting here in Cebu,” said Christopher Martin, Philippine Skating Union (PHSU) sports director, in a press conference yesterday at the SM Seaside City Cebu.

This will be the first time the country will be hosting this kind of competition.

Prior to the start of the competition, a 10-day training camp will be held at the venue. The camp, which is handled by world-class Russian figure skating coaches, started May 20.

The Russian coaches are Maria Sefanova, Alexey Federov, Dansil Glechengaus and Sergei Dudakov. They are the current coaches of the Philippine figure skating team.

Participants of the camp are young skaters from Vietnam, Malaysia, Australia and the Philippines.

Alpe said he was able to hone his skills in the training camp, which is a big help for him as he prepares for the competition and his stint in the Southeast Asian Games in Kuala Lumpur, Malaysia this August.

“I learned a lot of techniques and elements and I am very thankful for this opportunity to become part of this clinic,” said Alpe.

According to Federov, he sees a lot of potential in Filipino figure skaters.

“The Philippines by far is a very strong contender in international figure skating competitions. We are very happy to see a lot of young kids learning figure skating. We hope we can send another Filipino to the Olympics,” said Federov.

Martinez, the 2015 Asian Figure Skating Trophy champion and two-time Triglav Trophy champion, is the first skater from Southeast Asia and from a tropical country to qualify for the Olympics and the only athlete to represent the Philippines at the 2014 Winter Olympics.

The categories in the Southeast Asia Challenge are the juvenile, novice, juniors and seniors.

Read Next
Mindanao Children’s Games pushing through despite Marawi insurgency