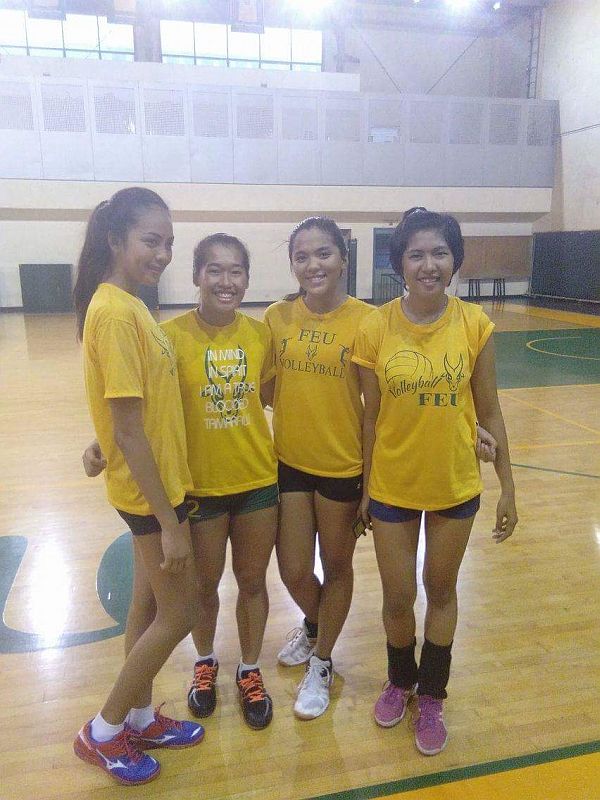 The Far Eastern University (FEU) Lady Tamaraws are about to transform themselves from being a mediocre team to a certified championship contender after acquiring the services of three Cebuana spikers in the hopes of ending their nine-year title drought in the UAAP.

The Lady Tamaraws who last won an indoor crown during the 2007-2008 UAAP season, have brightened their future after adding middle hitters Alla Caputolan and Zenneth Perolino and former Cesafi champion Clavel Dejito to their team this summer.

Perolino, a 5’11 defensive ace, has been on the Lady Tamaraws’ radar for the past few months, having been lured by the Morayta-based squad while playing for the University of Cebu in the Cesafi last season.

“It was tough for me to leave UC but a nice future was waiting for me in FEU,” said the 15-year-old Perolino who donned the Webmasters’ jersey for two years.

The 16-year-old Caputolan, a former University of San Jose-Recoletos middle blocker also shared the same sentiments while adding that her family and friends motivated her to grab the opportunity.

“My family and friends pushed me to grab the opportunity and I want to improve more because I know that the training here in Manila is much harder. Yes, it was tough to leave but it was for my future,” Caputolan said.

Both Caputolan and Perolino, who will turn Grade 11 next school year, will start playing for FEU once they turn college while the B.S. Criminology student Dejito who was a part of the 2015 Cesafi champion team Southwestern University will be serving a one-year residency as per UAAP rules before suiting up for the Lady Tamaraws.

Should they make the official lineup, the Cebuana trio will be playing alongside fellow Cebuana Marianne Calinawan at FEU. Calinawan is expected to make her debut in the UAAP season 80 after serving the residency rule this year.