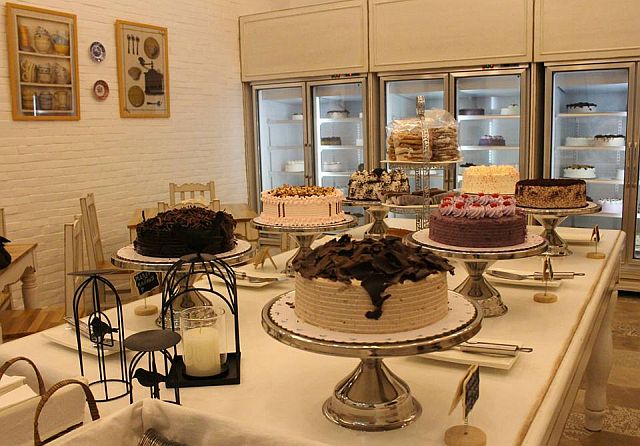 FROM its humble nest in a quiet village in Banilad, 10 Dove Street has brought its savory meals and made-to-order cakes and pastries nearer to its long-time patrons and newfound costumers as it opened its fifth branch at SM Seaside City Cebu.

Cozy ambiance, good food and that perfect slice of cake. These are what the newest branch—the biggest 10 Dove St. so far can seat up to 56
people—can offer its loyal diners.

Marisol Verallo, owner of 10 Dove Street and the woman behind the heavenly baked goodies, started her love for baking after she got married in 1973, back in her hometown in Bogo, northern part of Cebu.

Her first customers back then were her friends and relatives.

When her family moved to Cebu City, her home-baked goodies became an instant hit among Cebuanos, and with encouragement from her family, Marisol opened her first cafe in Sto. Niño Village. The rest, as they say, is history.