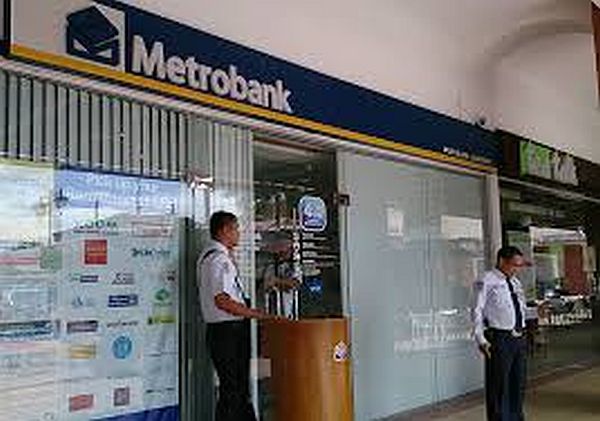 Metrobank officials assure clients that their deposits have not been touched despite reports of fraud committed by a bank executive.
/File photo

The National Bureau of Investigation (NBI) has filed before the Makati Prosecutor’s Office a criminal complaint against the Metropolitan Bank and Trust Company (Metrobank) executive who was arrested last Monday for attempting to pocket P2.25-million loan payment of one of its major corporate clients.

Metrobank’s corporate management head Maria Victoria Lopez has been charged with a complaint for qualified theft, falsification and violation of the General Banking Law.

NBI spokesman Deputy Director Ferdinand Lavin said Lopez, who receives a monthly compensation of P250,000 from the bank, was arrested Monday during an entrapment operation conducted by the NBI’s Anti-Fraud Division (AFD) in Makati City.

Lopez was taken to the Makati Prosecutor’s Office to undergo an inquest proceeding but opted for a preliminary investigation so she can respond to the allegations against her.

AFD head Irwin Garcia said they conducted an investigation following a request from the bank.

“Afterwards, an entrapment operation was conducted together with the bank officials,” Garcia said, adding that the bank officials have their own witnesses who saw how the suspect has manipulated the documents.

Though NBI officials refused to name the corporate client, a report has already identified it to be Universal Robina Corporation.

Eastern Samar Rep. Ben Evardone, chair of the House committee on banks and intermediaries, on Friday called a congressional investigation into an “alarming” case of internal fraud that rocked Metrobank.

“The adverse effects of the existence of ‘fake bank accounts’ is more damaging than ‘fake news’ because this (involves) actual money of depositors,” Evardone said.

NBI Agent Norman Aguirre, who is handling the case, said the bank initially discovered the irregularity last June 30 when a letter request was made to have a P2.25-million manager’s check issued to a certain payee.

“That in itself is a ‘red flag’ because the bank cannot issue a manager’s check to an individual payee, which is supposed to be for corporate clients only,” Aguirre said.

The investigator said the bank further discovered Lopez also falsified transactions to make it appear the corporate client made P900-million and P850-million loans.

He said the corporate client has a P25-billion credit line with Metrobank, and being the corporate management head, Lopez can “upon her say so, the bank can issue large loans through the credit line of P25 billion.”/Inquirer.net

Read Next
Oakridge FitStrip Bazaar: Strip off to a healthier you