Info on Kian based on social media posts — police 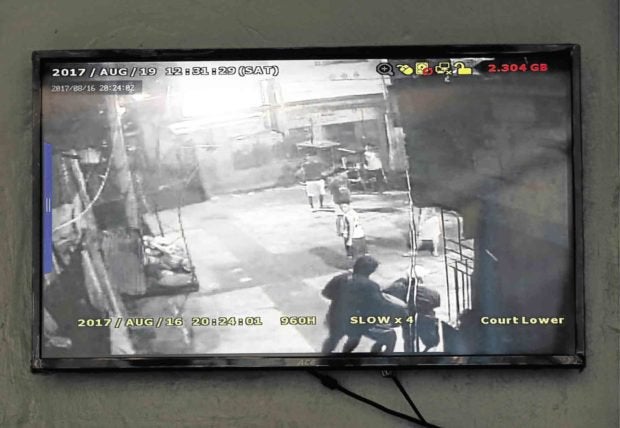 CCTV frame shows Kian delos Santos, his head covered with a shirt, being dragged off by two persons past a basketball court.
/File Photo

The relieved police chief of Caloocan City admitted that the information that Kian Lloyd Delos Santos was a drug pusher was somehow based on posts circulating on social media.

The committee, which Senator Panfilo Lacson chairs, is conducting an inquiry on the irregularities committed by the police when it killed Delos Santos in an anti-drug operation in Caloocan City last August 16.

Senator Manny Pacquiao was asking the police how they confirmed that the victim was involved in drugs, a claim vehemently denied by his family.

Bersaluna admitted that prior to the killing of Delos Santos, the operating troops were unsure about their target’s involvement in drugs.

Pacquiao chided the police for belatedly checking their suspect’s background after the operation.

Bersaluna said that Caloocan police arrested a certain Nono Lubiras a day after Delos Santos’ killing on August 16. He said Lubiras confessed to the cops that he dealt with Delos Santos.

Asked by Pacquiao how the police verified Lubiras’ claim that Delos Santos sold him drugs, Bersaluna answered that they somehow based their confirmation from social media posts.

Supposed trolls using fake Facebook accounts have been claiming they are neighbors of the victim. These trolls claim that Delos Santos was a known drug addict in their area.

Meanwhile, two Caloocan cops denied that it was Delos Santos whom they were dragging to a dark alley as seen in the closed-circuit television footage.

It was their asset who was seen in the video, said PO1 Jerwin Cruz and PO1 Jeremias Pereda during the Senate hearing on Delos Santos’ death and the recent spate of drug killings on Thursday.

Few days before the hearing, Internal Affairs Service Inspector General Alfegar Triambulo said two of the three police officers involved in the killing admitted that it was the grade 11 student who was in the video. Triambulo, however, did not identify the cops.

Senator Grace Poe asked Pereda and Cruz if they were the ones seen dragging Delos Santos in the video.

Cruz and Pereda then said they were after a different target on the night Delos Santos was killed.

Senator Bam Aquino asked them if PO3 Arnel Oares was with them during the operation, but the two refused to answer.

Both Cruz and Pereda answered: “I invoke my right against self-incrimination.”