Shepherds, your sheep are being slaughtered 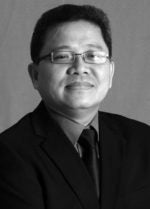 I sympathize with the Archbishop of Manila, whom I esteem greatly, and the other Catholic bishops who are struggling with the consequences of President Duterte’s brutal war.

Their continuing attempt to see the complete picture of the trade in illegal drugs is deeply Christian; it is an instructive example of what the historian Horacio de la Costa, SJ, called a “reasonable faith.”

But it’s been over a year since the so-called war on drugs was launched; thousands of people have been killed — in our history, the most in such a short span of time since the end of World War II.

Persistent public anxiety about this war, reflected in survey findings that have been overshadowed by the President’s personal popularity, burst into the open with the senseless, targeted but documented killing of Kian delos Santos, a 17-year-old schoolboy.

(I wrote on this on Twitter.) That only 6 percent of voting-age Filipinos believe the police are definitely telling the truth when they say a suspect resisted arrest helps explain the outrage.

It was still possible for the Catholic bishops last January, meeting half a year after Mr. Duterte took office, to issue a pastoral letter that could suggest or even justify a rough equivalence between drug pushing and extrajudicial killings.

“Any action that harms another (seriously) is a grave sin.

To push drugs is a grave sin as is killing (except in self-defense).” I certainly did my share of justifying.

In “‘A bunch of shameless hypocrites,’” I wrote: “I can understand this use of language … as a necessary tack to win the consent of all the bishops ….

Because the President, despite his disdain for the Church, counts supporters among the bishops.”

But when the wolves are devouring the sheep, en masse, the shepherds need to stop the slaughter.

That becomes the shepherds’ only job, and that is where we are now.

Because Kian was seen on CCTV, because his final moments were seen or heard by witnesses, because for some inexplicable reason he was included in the police’s “one time, big time” operation, his killing has made many more of us see the reality clearly. Thousands of poor people, many of them innocent, almost all of them mere suspects, have been killed.

In this light, it is wrong to equate the undeniable harm caused by drug addiction with the evil of state-sanctioned violence against its own citizens. As the biographies of more than one senator will remind us, drug addicts can recover from their addiction (and can lead more or less useful lives). As far as I know, not one of the thousands of victims of extrajudicial killings has recovered from being dead.

Today, more than ever, we need our shepherds to serve in their role as prophets—not to divine the future of their sheep, but to scare the wolves away.

We need our shepherds to denounce the lies and manipulated statistics that justify the killing of innocents, to rip the sheep’s clothing off some of the wolves, to protect their sheep not only from disease but death itself.

Fr. Joel Tabora, SJ, the president of Ateneo de Davao University, has supported many of the President’s programs. But four days after Kian died, he took to his influential blog with a moving, angry meditation on the killing of the 17-year-old:

“When a life is taken through abominable police action that frames an innocent person as a criminal and shoots him to increase the statistics of ‘progress’ in the war against drugs, this is a crime that cries to the heavens for justice.”

This is what a flock of anxious sheep needs to hear: a cry of outrage, an appeal to the very heavens.

Caloocan Bishop Ambo David gave a powerful eulogy at Kian’s funeral Mass; the power was generated by the very powerlessness of Kian and the many innocents killed in a war of extermination.

(The bishop named several of them and described their circumstances.)

He chose a gospel reading that spoke of God’s sacrifice of His only son. And he said, in Filipino: “In this Mass, I wish to convey to those who are in power in our government: Enough with the killings! In the name of God, stop!”

In a time of slaughter, a Church “smelling of its sheep” must gird itself to denounce the killings; sound the alarm; choose life.

TAGS: Are, being, sheep, Shepherds, slaughtered, your