More than 50 houses razed by fire in Calamba, Cebu City 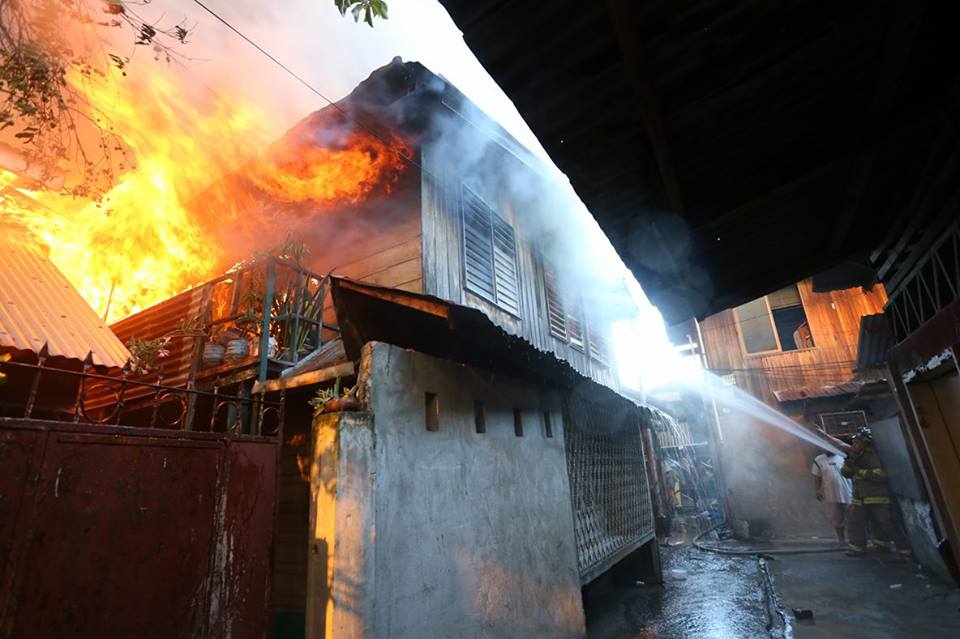 MORE THAN 50 houses were destroyed by fire at Sitio Almacen, Barangay Calamba in Cebu City, early morning on Wednesday, August 30.

The fire alarm was received by the Bureau of Fire Protection in Cebu City at 6 AM and was placed at Task Force Bravo to mobilize all firetrucks in Cebu City and in neighboring towns.

Thick billows of black smoke were seen in Barangay Mambaling, about four kilometers from Barangay Calamba.

Initial investigation shows the fire started at the second floor of the house owned by Elizar Piloton.

Calamba barangay captain Ma. Yvonne Feliciano said she will call for a special session on Wednesdday to declare sitios Alamcen and Alcica under state of calamity.

The affected families, estimated to be more than 100, will be temporarily housed in Bliss Elementary School and Don Sergio Osmena National High School.

The barangay gymnasium is still occupied by about 30 families from Sitio Mahayahay that last their homes in a fire last July 24.