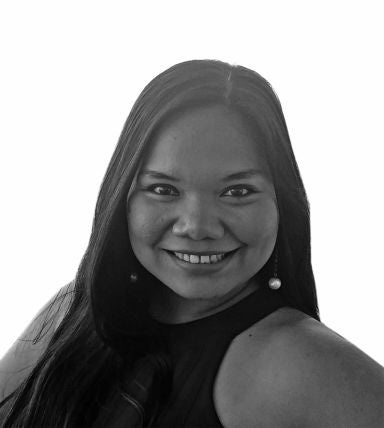 Organizing and hosting events with children as the main audience and speaking in lectures and workshops with children as participants placed me on this platform where I can interact and observe them with understanding eyes.

I have been doing this for 20 years since I volunteered — better yet, since my mother volunteered me — to be a catechist in our chapel back in the little village of Libas in the town of Merida, Leyte.

I probably have dealt with most, if not all, kinds of toddlers, preschoolers, grade-schoolers, mutants, gremlins, minions, boovs, smurfs and penguins.
My classrooms were not the traditional four-walled venues. I taught in churches, nipa huts, mobile homes, libraries, prisons, malls, on streets, and under the shade of an overgrown frangipani shrub.

A kind lady once commented after a rather challenging storytelling session with special children — 15 of them were diagnosed with autism and the other 15 were a mixture of different conditions and diagnoses — that “they must be the most difficult audience you’ve handled.”
They weren’t.

I told her that the most difficult audience are children who are so knowledgeable and skilled that they turn out to be rude and disrespectful.They’re not the ones labeled as “special.”

In my experience, they usually fall within the age range of 10 to 12 and they will challenge and question the speaker or the teacher and then murmur on his/her seat: “See, you don’t know what you’re talking about.”

Fortunately, the murmur-on-the-seat scenario has not happened to me (thank God!) but I saw them unfold in front of me in several occasions.

I’m not the most patient person in the world, but when it comes to children, my elasticity percentage is at its best stretch.

However, when it comes to children who are rude and disrespectful, good Lord help me, I’m on my feet trying to breathe in and out while my eyes search for the teacher or the parent to answer the one million questions swirling in my head.

I dealt with kids when I was a kid and managed them in every stage of my life on the way to adulthood. Now that I am an adult — and a mother of three — managing kids, I am still faced with the same issue: children who are too brilliant, too talented, too smart that they lost touch of their hearts.
I’m sad to declare this, but most of these children come from affluent families.

When I was working on a school project back in Montana, I was exposed to special children, children from low-income families and children who were considered “privileged.” Knowing about my school project on classroom management and my interest in children, one teacher showed me a Time Magazine article which discussed a 2010 study published in the journal Psychological Science.

The study said that “people of lower economic status are better at reading others’ facial expressions — an important marker of empathy — than wealthier people.”

This study was conducted with university employees, some with college degrees and some with high school diplomas.

I initially argued that these are adults we are talking about and not children. The teacher replied, “Those adults were children once, dear. Don’t you think they didn’t pick up a thing or two from their childhood?”

Truth be told, organizing these storytelling sessions and speaking in campus journalism workshops — in which Cebu Daily News is an active and passionate supporter — do not make me or the newspaper filthy rich.

I volunteer in these sessions along with colleagues who speak the same language of service. These are exhausting initiatives, for we all know about children’s power to drain the life out of every breathing living thing, including that bunny running around the world on some brand of battery.

But why do we do it?

Because I hate to find myself on a rocking chair in 50 years with grandchildren and great-grandchildren who are more academically intelligent than respectful. I cringe in horror as I think of a future where children interrupting teachers without saying “excuse me” will become a norm.

We — parents, family members, caregivers, househelpers need to teach our children good moral values. In my childhood, I don’t think there was a conscious decision on my parents and elders to do this because exhibiting good values was second nature.

But we live in different times. Hence, there has to be a conscious effort to teach values to our children. We teach them by example: by treating our househelps right, by following traffic rules, by being intentional about doing good to people in most need of our help.

We need to teach our children empathy more than acing their standardized tests and pushing them to always win in competitions.
It’s true that superior knowledge and out-of-this-world skills will get you somewhere.

Good values, on the other hand, will get you everywhere and anywhere.

This applies to adults too.