Public urged to shop wisely amid spike in price of goods 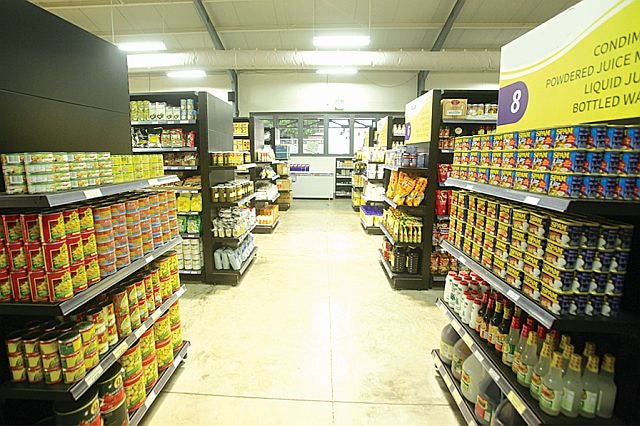 The Department of Trade and Industry in Central Visayas (DTI-7) urged consumers to plan their shopping well as the prices of some basic commodities were expected to increase slightly in the coming months.

DTI-7 Director Asteria Caberte projected a spike starting October particularly in the prices of goods with high import content mainly due to the weakness of the Philippine peso against the US dollar.

“We can feel this three months after (the peso started to weaken this year) because that is the time (producers) will replenish their inventory of raw materials,” she said in a recent interview.

Caberte said they are projecting a 5 to 10 percent growth in the prices of goods such as bread, which uses imported wheat, and packaging tin used for canned goods, among others.

The trade official assured the public that this was only a “light” spike and should be no cause for concern.

Instead, she said consumers should manage their groceries wisely to cushion the impact of the weak peso on their personal expenses.

The prices of Noche Buena items, which Filipino families serve on Christmas Eve, are also expected to increase.

“Even during Christmas season (in previous years), the prices of Noche Buena products did not increase. Because of the weakening peso, maybe these will be affected, but only slightly,” said Caberte.

Caberte said there will be no letup in the monitoring of basic commodities in the next three months, adding that the agency will not allow prices of goods to balloon to “unreasonable” levels.

The DTI regularly issues a list of Suggested Retail Prices (SRP) of prime commodities to guide consumers and sellers.

The SRP list is provided by DTI to stores, groceries and supermarkets and applies nationwide, unless specified.

Robert Go, president of the Philippine Retailers Association (PRA) in Cebu, said prices of milk and beef as well as labor costs were also seen to pick up.

“Inflation has already started increasing since the first quarter and will continue until the last quarter,” he said.

Go added that he was certain about the rise of consumer goods prices during the “-ber” months since demand for many food and gift items is higher during this period than the rest of the year.

Prices of clothing, personal goods and household items will expand due to the peso’s performance while those of basic commodities will increase due to a spike in logistics and labor costs.

In a report earlier this month, Nasdaq said annual Philippine inflation likely quickened for a second straight month in August due to higher oil prices and a weak peso, based on a Reuters poll, but the chances of an interest rate hike by the central bank this year remain slim.

The median forecast from 10 analysts polled on the August inflation rate was 3.0 percent, which would be the fastest rate in three months. In July, the pace was 2.8 percent.

The Bangko Sentral ng Pilipinas (BSP), meanwhile, expects the August headline figure to be in a 2.6–3.4 percent range.

Go earlier said he was not worried about rising prices of prime commodities here, even with the DTI proposal to do away with the SRP and instead allow retailers to determine the prices of basic products.

“The prices in Cebu are the cheapest in the country because of stiff competition. Supermarkets are even selling below SRP due to competition,” he said.

Go said supermarkets and convenience stores are popping up everywhere, reinforcing the fact that competition is really stiff in the retail industry.

He added that consumers should not be afraid of price spikes because prices have been stable and competitive in the last 20 years.

Zaide Bation, chief of the consumer welfare division at DTI Cebu, earlier urged the public to notify their agency on any discrepancy on the prices of goods covered by the SRP list.

“If there are discrepancies, they may notify DTI so we can conduct enforcement,” she said.

Profiteering is punishable under Republic Act No. 7851 or the Price Act, as amended, and violators may be fined up to P1 million and face six months imprisonment.