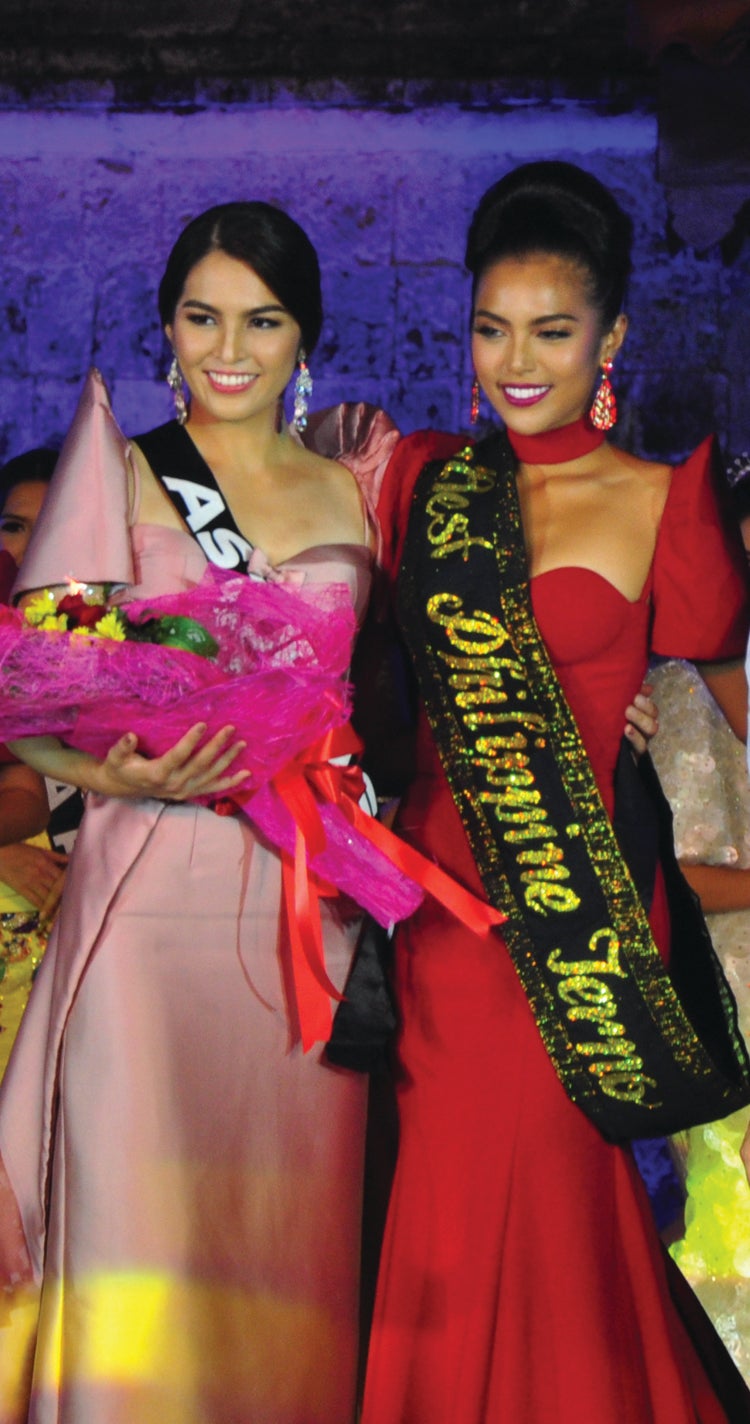 The creations of Cebuano designer Edward James Castro worn by Samantha Lo of Asturias and Maria Gigante of Bantayan tied for the Best Philippine Terno award. Lo’s terno was a soft dusty color.

The silhouette is inspired by the 50s and the classic Audrey Hepburn form.

“I wanted it to contrast it with her structured and sculpted features. I didn’t want it to be too perfect so I opted for the raw bustier and decided to make the boning and seams a part of the design.

I finished the look off with delicate bows for a whimsical feel,” Castro told Cebu Daily News.

For Gigante, Castro specifically chose the firecracker red color. This is to match Gigante’s feisty personality making the color itself the main statement of the whole ensemble.

Castro chose a streamline serpentine silhouette to flatter Gigante’s body and give her that perfect hourglass shape.

“The illusion of a seamless finish is what I really wanted  to achieve, and overall Im happy with how it came out,” he said. The Best Terno award was given to the “designer of the most masterful, elegant and visually appealing interpretation of the Philippine national dress.” The winner received P10,000 prize.

Gigante and Lo are under Origin Models and are Castro’s close friends. Both asked him to create their Philippine terno costume.

“Basically my designs reflect my aesthetic as a designer. I’m very minimal. I like clean lines. I like things that flatter the body. I like simple lang but elegant,” Castro said.

He also makes sure that the choices of colors meet the wearer’s skin tone.

A resident of barangay Guadalupe, Cebu City, 30-year-old Castro started designing when he was 13. He is also a stylist and fashion writer.

The Best in Runway was given to the candidates who can best carry and present the Hablon de Cebu  on the pageant stage. Both received P10,000 as prize.

The 54 candidates catwalked on stage in hablon clothing designed by Dexter Alazas. “Basically the handwoven fabric in Argao is a dying industry. We are trying to revive the advocacy which is to promote the Hablon de Cebu.

Inspiration is to showcase what is the fabric all about. We want to tell people that it is a baby step for Argao to revive the industry,” Alazas told Cebu Daily News.

“I want to show to the public that we are open to collabaration. We are open to people who want to develop and innovate the fabric,” Alazas said.

Hablon also comes in monochromatic tones, some with designs including embroidery and hand painting.