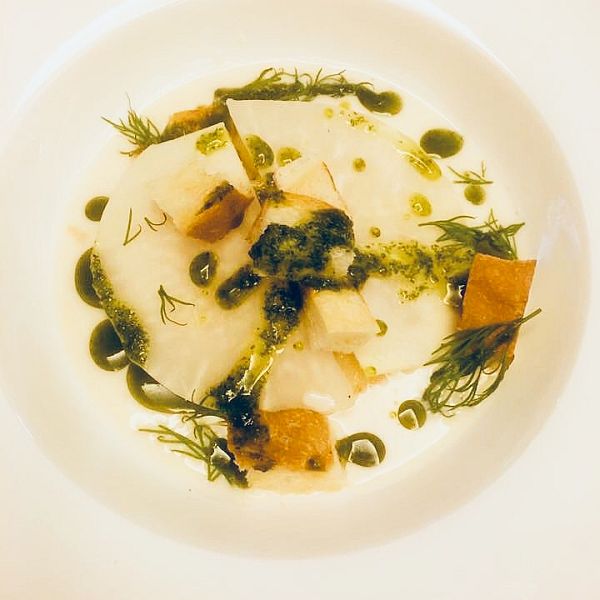 WHEN I started cooking at home, I became obsessive about the whole process of planning and preparing a meal.

(I have tried cooking quail — instead of pigeon in the original recipe — with peas a la Francaise, vanilla-poached pears with chocolate sauce, and salmon and sorrel, among others.)  I began imagining dishes I have never even seen, tasted or eaten before.

I wanted to do more than just cooking. I wanted to create and explore new flavors.

So, I scoured the internet to look for ingredients I only heard of or learned from cookbooks, videos and cooking shows.

I got in touch with farmers I found on Facebook, out-of-town suppliers of herbs, vegetables and meats I could not find in the local market.

I started cooking as another creative pursuit, using a little bit of food science and chemistry.

Then, I came across Heston Blumenthal’s videos on YouTube (Heston’s Mission Impossible and Heston’s Fantastical Food series) — and I was bowled over.

I marveled at the wonders he could dish out from the kitchen, his sleight-of-hand employing science, imagination and modern culinary techniques to create feasts that are feats of food alchemy and transformations.

(If only I started cooking, say 10 or 12 years ago, I would have chosen to apprentice at Heston’s Fat Duck.) Some years ago, Heston posited that ingredients that share the same flavor compounds are more likely to work well together.

His experiments led to his discovery that white chocolate and caviar, although an unlikely food pairing, taste better together, because he found out that they share trimethalymine and other flavor compounds.

The same could be said of blue cheese and chocolate as they share 73 flavor compounds. This became known as the food-pairing hypothesis.  Since then, food pairing has become its own science that chefs and food scientists look to as guide in formulating new recipes.

It is that science that studies and explains why asparagus pairs with butter, or chocolate with strawberries, or strawberries with either cheese or basil. 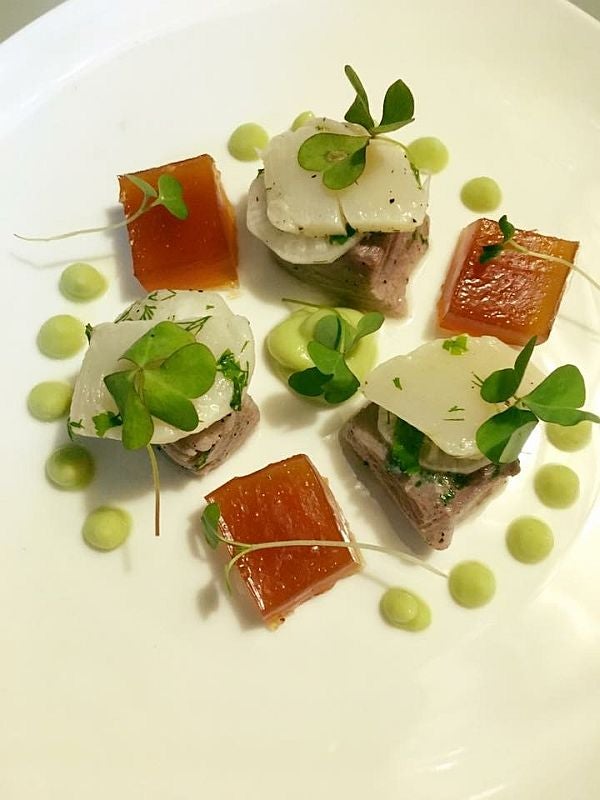 However, in 2011, Harvard’s Yong Yeol-Anh and associates refuted this hypothesis, saying that after studying nearly 56,000 recipes from three popular online recipe sites, this food-pairing hypothesis only applies to recipes in North American and Western European cuisines that used ingredients with common flavor compounds.

Recipes, however, from Southern Europe and East Asia, they noted, an anti-pairing seems to be at work, which means cuisines from these parts of the globe use ingredients that don’t necessarily share the same flavor profiles.

While Heston looks into flavor compounds to create new food pairings, other food scientists use aroma profiles of culinary ingredients as a guide for chefs to explore new flavors and pairings.

According to the FoodPairing website, as much as 80 percent of what we call as taste is actually aroma. While our flavor experience involves all our five senses, only 20 percent of our food sensation is due to our sense of taste (due to molecules that stimulate taste buds) and touch (texture and temperature).

Recognizing aroma as the key driver in our food experience, FoodPairing dissects the aroma profile of an ingredient using a method that merges gas chromatography and mass spectrometry (or GC-MS).

(A food ingredient may have hundreds or thousands of aromas, however, only a few aromas reach a certain threshold that make them sensible by humans.) On this page you will find few of the dishes I have done using these flavor-pairing principles.