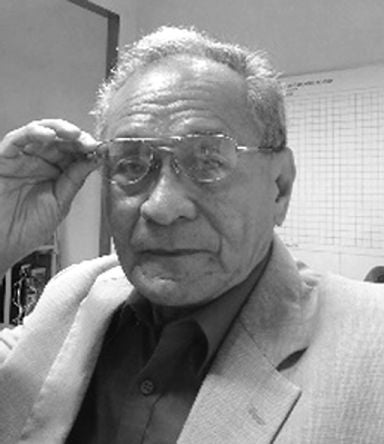 The 50th Asean Summit had just been concluded in Manila. It turns out that much of the news that came out of the summit were not so much about the substance of the talks that transpired in the various meetings of the summit but of the many sidelights that distract from us from focusing on the key issues being discussed. Neither of the two, the substance of the summit or its distractions, is my subject today, however. I dwell on what economic integration is all about and why many countries like to join one or even two or more of such undertaking.

The most common understanding of economic integration is one that involves two or more nations that constitute a geographic region which agree to reduce and ultimately remove, tariff and non-tariff barriers to allow the free flow of goods or services and factors of production among each other. In fact, it could be any type of arrangement in which countries agree to coordinate not only on trade matters but also other aspects such as coordinating their fiscal activities, having a monetary union or even having some kind of political union.

Why nations participate in an economic integration endeavor is easy to see. Economic integration allows one country to partake of the benefits that comes with integration. These benefits are in form of more production of goods and services that they can trade or exchange with each other which results in faster national economic growth and improvement in the well-being of their people. Of course, there are costs. But it is believed that the benefits that comes with integration is much higher than the costs and is therefore worth doing.

Economic integration may pass through a number of stages. It may start with the formation of the free trade area, followed by the formation of a customs union, single market, monetary union or a political union, eventually.

A free trade area (FTA) is formed when at least two nations partially or fully abolish custom tariffs on their inner border. An FTA is a trade bloc where a two or more nations close to each other have agreed to reduce or eliminate all tariffs and quotas on most, if not all, goods traded between them. To discourage cheating, there is required a certificate of origin for the goods originating from a member nation of an FTA. This is because without a customs union, members of a free trade area do not have a common external tariff with respect to non-member nations. Each may have different quotas and customs with respect to them. To avoid re-exportation of things coming from non-member nations imported by a member nation, the member nations use the system of certification of origin, most commonly called rules of origin, where there is a requirement for the minimum extent of local material inputs and local value adding activities applied to the goods. Goods that do not meet the minimum requirements are not entitled for the special treatment envisioned in the free trade area. There are many FTAs in existence now. One example is the Asean Free Trade Area (Afta). Another is the North American Free Trade Agreement (Nafta).

A single or common market is a type of trade bloc which is composed of a customs union with common policies on product regulation, labor laws, movement of factors of production (capital and labor), and so forth. The ultimate aim is to allow the free movement of capital, labor, goods, and services to where they are more in demand and efficiently used, thus further increasing productivity among all the member nations. A single market then is a very competitive environment. Through more competition, inefficient companies will be forced to improve and innovate or they will suffer a loss of their market and perish. Efficient firms, however, can benefit from economies of scale and the enlarge market, thus lowing lower costs, resulting in more sales and profits as a result. Consumers is a single market are benefited too by way of better quality products at reasonable prices.

What is more, businesses in competition will be encouraged to innovate to create new products resulting in more benefit for consumers.

An economic and monetary union is a type of trade bloc which is characterized by a common currency among its members. An example of an Economic and Monetary Union in existence today is that of the European Union (EU). A complete economic integration is the final stage of economic integration where the members follow the same policies involving monetary, fiscal and related matters that affect the economy.

With this information, you may probably ask now also what the Asian Economic Integration (AEC) is all about and what it has accomplished so far. The AEC Blueprint 2025 will answer that if you care to google it. That maybe my subject matter then next Friday if nothing else comes.

Read Next
Victim and violator