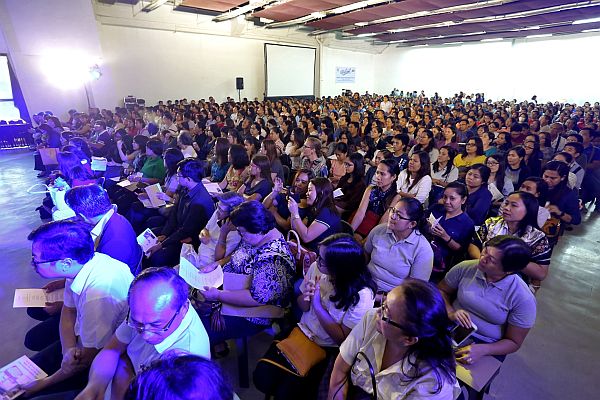 The Bureau of Internal Revenue 13 (BIR 13) in Cebu City is targeting to maximize its collection starting next year after the segmentation of the top 500 medium taxpayers under its jurisdiction.

Lawyer Aynie Mandajoyan–Dizon, BIR 13 chief, said these taxpayers comprise only 0.04 percent of the total number of registered businesses in the revenue region and yet contributed 24 percent to the office’s total tax take in 2016.

“If these 500 taxpayers contribute 24 percent to our collection, imagine multiplying it by three, that’s roughly 75 to 80 percent. If we monitor them closely, we will collect 80 percent already. We can just relax for the remaining 20 to 25 percent and still hit our targets,” she told reporters during the medium taxpayers’ segmentation forum at the SM City Cebu Trade Hall on Tuesday.

Historically, the medium taxpayers segment contributes the largest share in the agency’s tax collection, followed by small and micro payers from various industries.

The BIR official said they have formed a regional monitoring group, composed of seven members including her at the helm, which will closely work with the identified medium taxpayers and ensure that they will submit correct tax reports.

She explained that the group will strictly monitor district offices and check whether the taxpayers’ ledgers are filled in every month, which means there are no open cases because taxpayers are filling whatever is required of them.

The official added that the group will also ensure that with the electronic filing and payment system (EFPS), taxpayers not just submit and file their forms, but also proceed to actual payment.

A tax gap is defined as the difference between the annual amount of taxes owed and the amount voluntarily paid on time, one which comes from three main areas of non-compliance with the tax law such as under reporting of taxable income, underpayment of taxes, and non-filing of returns.

According to data from the BIR and the Philippine Statistics Authority in the first quarter of the year, 27.9 percent of taxes that should be paid by high-income earners were uncollected as a result of a flawed system.

The top medium taxpayer in 2016, which comes from the wholesale and retail industry, contributed P981 million to the office’s collection that year.

BIR 13 data showed that the top contributing industries are whole and retail; other community, social, and personal services; manufacturing; and real estate renting.

She said that they target to collect 32 to 33 percent from medium taxpayers this year and 35 to 40 percent from the same group in 2018.

In the next five years, BIR 13 targets to increase the number of taxpayers closely monitored within this segment from 500 to 1,500.

Mandajoyan–Dizon added that the creation of a regional monitoring team will also allow the BIR 13 to provide better services to medium taxpayers.

“They would also need more services from us. They tell us that they are contributing the bigger share and yet we are not servicing them as much as they need. Sometimes, due to the number of taxpayers we accommodate, we cannot address all their concerns on time. With this, we will be able to give more attention to them,” she said.

Cebu Chamber of Commerce and Industry (CCCI) president Melanie Ng, in a speech, said that proper collection of taxes will mean timely roll out of government projects and programs that will contribute to the country’s economic growth.

She said the CCCI was glad to note that measures are being undertaken to encourage proper payment of taxes and to improve taxpayers’ satisfaction by improving processes within the BIR.

However, the chamber president pointed out that the country still has one of the highest income tax rates in the Association of Southeast Asian Nations (Asean) region.

“In order for us to be able to compete in the global arena, we hope the tax reform program will soon be adopted to help address the high cost of doing business and contribute to our global competitiveness,” Ng said.

Ng said the CCCI believes in improving competitiveness by making it easier to do business in the Philippines, recommending the decentralization of the issuance of BIR certificates and reduction of requirements for easier compliance and to expedite the processing time.

Furthermore, the chamber also recommended to lower corporate and individual tax rates, which have led to exorbitant costs of doing business in the Philippines as perceived by foreign investors.

Read Next
AboitizPower capacity to increase by 500 MW