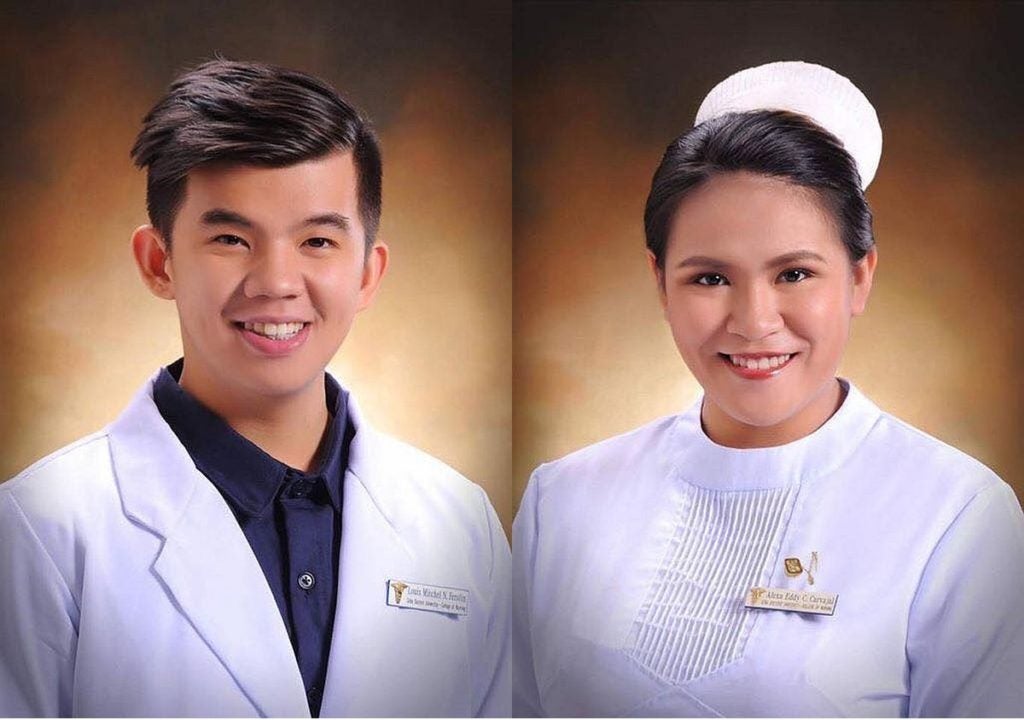 THEY made everyone proud for one last time.

Louis Mitchell Nayre Ferolin and Alexa Eddy Ceniza Carvajal, both new nursing graduates of Cebu Doctors’ University (CDU), passed the Nurse Licensure Examination conducted in November, the result of which was released by the Professional Regulation Commission (PRC) on December 12.

On the same day, however, Ferolin and Carvajal were killed in a vehicular accident that happened in Barangay Barrio Luz, Cebu City.

They never had a chance to celebrate since they died at dawn that day, or hours before the results were released.

Based on the PRC website, Carvajal and Ferolin’s sequence numbers are 1368 and 2352, respectively.

The two were among the 5,875 out of 12,869 who passed the November 2017 Nurse Licensure Examination that took place in the cities of Manila, Baguio, Cagayan de Oro, Cebu, Davao, Iloilo, Legazpi, Lucena, Pagadian, Tacloban, Tugegarao and Zamboanga.

SPO4 Ramon Budiongan from the Traffic Patrol Group of the Cebu City Police Office (CCPO) said that Ferolin, 23, and Carvajal, 21, who were both natives of Mandaue City, died in a car crash at dawn of December 12 at Governor Cuenco Street in Barangay Barrio Luz, Cebu City.

The Isuzu MU-X car with plate number ABN 5206, which was driven by Ferolin, reportedly went out of control while it was going up the flyover. The car hit the metal railings of the flyover. Both victims were identified as Batch 2017 nursing graduates of CDU.

The Facebook page of CDU College of Nursing Alumni Association posted on Wednesday morning, December 13, a notice which said that the university was mourning the passing of Ferolin and Carvajal.

“Heaven gained 2 new RNs (registered nurses) today. Our prayers are with you and your families. RIP Louis Ferolin and Alexa Carvajal of Batch 2017,” the post read.