“Not all who wander are lost” 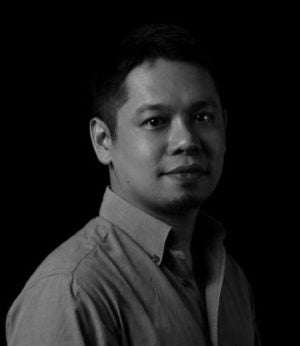 I landed in New York on Thanksgiving Day. It was a long overdue trip I decided to finally take because a death of a really close friend just a month before reminded me of the brevity of life.

The last time I was in the city that hosts every race in the world, I was busy with work in the building that’s home to every nationality in the world, the UN’s World Headquarters, and so I didn’t have so much time to immerse myself in Manhattan life.

That afternoon, as soon as I got settled in, I got a message from Tita Manelle Ybañez, an aunt of Assistant Secretary Jonji Gonzales of the Office of the Presidential Assistant for the Visayas. I had just met her a little over a month before and we quickly hit it off.

US-based since the 1980s, she’s my mom’s sister’s STC classmate. Anyhow, she asked me what I had planned for Thanksgiving. My reply: “Nothing really, just having a turkey sandwich at a diner close by … by myself.” There’s a certain cinematic feel to spending the holidays alone (“emote,” in other words, LOL).

She was very gracious to invite me to Thanksgiving dinner with her family at her daughter’s house in Secaucus, New Jersey. Thing is, I’ve never commuted to New Jersey before. But, ever the adventurer, I told her I’m game and I’d just figure things out.

From the 63rd and third subway station, the closest station where I lived in the Upper East Side, I took the Q train to Herald Square, and from there, I walked to Penn Station where I was to take the NJ Transit to Secaucus.

It’d been ten years since I was last on the subway, so the trip made me rather anxious. Walking from the Herald Square station, I forgot that I was on 34th street, the epicenter of the Macy’s Thanksgiving Day parade celebrations (Macy’s flagship store is the one on 34th street) which inspired the movie, “A Miracle on 34th Street,” a childhood favorite of mine.

And there it was, as I was walking past Macy’s, the huge “Believe” sign, in all its holiday glory. Oh, I felt like a child again.

When I got to Secaucus, Tita Manelle and her nephew were already waiting in the car outside. When I got in, she asked, “So, how was it? Did you get lost?” “I’m here, aren’t I? Besides, like they say, ‘Not all who wander are lost,’” I answered ever so dramatically.

It was a swell dinner because Tita Manelle’s daughter and her hubby made an important announcement about her soon-to-be-born grandchild. But we had to adjourn early since I needed to rest from my long haul flight and because we were watching “Once On This Island” the following day (Tita Manelle’s treat), with no less than Lea Salonga as one of the show’s lead stars. (A decade ago, I also watched Lea on Broadway. She played Fantine in Les Mis.)

After Once On This Island, my friends Erick Brocoy and Maia Villapañe accompanied me to the Schott store near Bleecker St. Known for their leather jackets, I wanted to check if they’ve good ones on sale, it was Black Friday after all. Alas, they didn’t have my size and no way was I going to cough up a grand for a jacket with an awkward fit.

Just when we were about to leave because the store was closing, I saw some accessories by the counter and one ring called to me. Like Frodo’s, it called to me from a distance. It was a ring in sterling silver with a north star compass and a Latin inscription on the edge.

I asked if I could try it on and it was a perfect fit. I asked the store guy what the Latin inscription “Omnes Qui Errant Non Pereunt” meant. He answered, “ … basically it means, ‘Not all who wander are lost.’” Whoa. Just whoa. Those were my exact words from just the night before. Goosebumps. I was definitely buying the ring.

By the way, the quote is attributed to J.R.R. Tolkien; it’s adapted from a line in “All That Is Gold Does Not Glitter,” a poem he wrote for “The Lord of the Rings.”

Not only did I consider it a sign, as a motto, it perfectly describes my current frame of mind and phase of life. I also gifted some of my best friends the same ring to inspire them to explore the world and have an insatiable thirst for adventure and discovery.

You ask, why do I believe in signs? Because I believe it’s important to leave enough room for magic in your life. While facts are more important than fiction, they can be limiting too. Imagination spurs creation. So yes, be cognizant of existing realities but always open your mind to the universe and its infinite possibilities.

So fear not, wander, get away from it all, travel with friends or be by yourself, get lost and find your way back home. Whatever you do, just forge ahead and rest when you’re tired. Wherever you find yourself, look to the skies and find the north star, and you’ll never get lost.

Through your life’s journey, through every adventure and misadventure, stay open and let magic happen to you.