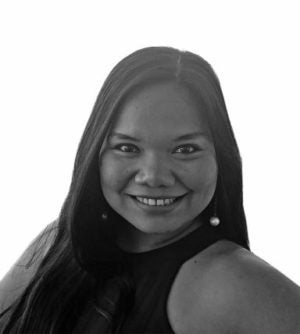 His name is Edgardo “Junjun” Amba.

Jun is in his late 30s, stands 5 feet 3 inches and lives in Barangay Babag, Lapu-Lapu City.

When Jeff and I entered the DYAB radio station located in Barangay Jagobiao, Mandaue City, we saw Jun carrying a black bag and a rolled white paper, which he later revealed was a calendar from the station.

It was just the second day of the new year and we were already faced with a major challenge.

When Jeff saw Jun, my husband shook Jun’s hand and then pulled him to an embrace, a gesture my husband only extends to people who are really close to him.

I was surprised by his reaction. I was waiting for him to cry and kiss the ground Jun was standing on.

In Jun’s possession was the black bag, Jeff’s black bag to be exact. In it was a laptop, a JBL speaker, clothes and other important gadgets and documents.

The bag was left inside Jun’s taxi trunk when we hailed the cab he was driving to take us from Barangay Yati, Liloan to a hotel located in Barangay Banilad, Cebu City.

The first of January is special to our family. On this day, Ate Joy was born. We have been blessed with the gift of Ate Joy’s service, so we always make it a point to give her special treats.

As she turned 22, I planned a surprise dinner for Ate Joy where the hotel’s restaurant staff would come out of nowhere to sing the “Happy Birthday” song. They will have a cake with a lighted candle with them. Ate Joy will then blow out the candle and a bouquet of flowers will be handed to her.
At least that was the plan.

When we arrived in the hotel though, Jeff told the bellman that there are five bags in the trunk.

Unfortunately, the bellman missed Jeff’s black bag. I do not know why. He was probably in a hurry to go home as it was the first day of the year. Just before the car left the hotel’s premises, the security team also checked the trunk, they did not see the bag too.

We already checked in our room when we noticed that our bags were not there yet. We called twice and the bellman was equally surprised that we did not have our bags in our possession yet.

Jeff was starting to get nervous so he got out of the room and checked for himself.

The black bag was not there.

Everyone went on a finding frenzy. The CCTV was checked. It was confirmed that the bag never left the car’s trunk. The next step was to find the car.

We were told that the security team was doing all they could to find the car; but I had a bad feeling they will not be able to find the bag.

They say that when you want something done, you have to do it yourself.

That’s what I did.

Good thing that the hotel security got the taxi details, so by 7 a.m. of January 2, I posted my call for help on Facebook tagging Sir Bobby Nalzaro of DYSS, Sir Leo Lastimosa of DYAB and Sir Jhunnex Napallacan of DYLA. I also asked Mr. Benjie Talisic of Brigada News to help me out. I reckoned that taxi drivers listen to the radio so I will have a higher chance of reaching out to them and find that bag.

In less than 45 minutes, I received a Facebook message from Sir Leo that the brother of the driver, who drove us to the hotel, said that the driver is on his way to DYAB with the black bag.

I moved as fast as I could; just like the comic book character, “The Flash.” I could picture myself running in lightning speed. Jeff was doing the same thing.

Jeff and I were both in a taxi heading to the radio station. We made small talks but we were clearly both very nervous. What if the all-important laptop is not in the bag we were looking for? Does Jeff need to reschedule his upcoming trip to China because he lost the very bag containing the most important documents he needs to present to his colleagues?

At the DYAB station, we met the driver for the second time and we just let out sighs of relief when we saw him.

Jun was smiling from ear to ear and told us the version of his story.

He had a couple of passengers after he dropped us off. His last passenger was a drunken passenger whom he brought to a posh Banilad subdivision.

The subdivision’s security checked his trunk and they found a black bag. He was held back for an hour because they had to wake the passenger up and confirm that the bag is not his bag.

Jun then realized that the bag was ours, but his shift was done. He needed to go home to Barangay Babag, Lapu-Lapu City. He is, after all, a husband and father to four children.

Since it was his day off the following day, he planned to go straight to his favorite AM station, DYAB, to turn over the bag.
That was when I reached out to Sir Leo.

Less than an hour later, we learned that a taxi driver has our bag; that is when we jumped into another car heading to DYAB. In less than an hour since I asked the radio stations to help us out, we found the driver with the bag.

The year started out miserable. We were not able to have that surprise dinner. I was initially disappointed and furious.
But it was only a bad day, not a bad life.

By losing and finding that bag, we became witnesses to the greatness of a person named Jun Amba. I was told by LTFRB Central Visayas Regional Director Ahmed Cuizon that they are going to recognize Jun for his honesty. I am looking forward to witness this occasion.

In May 2017, I wrote a proposal for one class in graduate school on recognizing honest drivers. I called the show, “Basta Honest Driver, May Forever.” I interviewed Sir Ahmed for this purpose, but I parked the idea as other responsibilities overwhelmed my schedule and my attention.

Perhaps it is time to print out that proposal and see which among Cebu’s radio stations will take it on.

The hotel made up for their mistake by giving us an extra night with full-board meals. They also delivered a bouquet of flowers and cake for Ate Joy.
It may have been a rough start for 2018. But it could have been worse.

It still is a … Happy New Year!