CDN through the years

February 7, 1998. The Cebu Daily News newsroom was buzzing with activity. Excitement and anxiety choked the cramped and constricted house-turned-office along Escario Street. Everyone was on tenterhooks as editors try putting on the finishing touches on the maiden issue of Cebu’s newest print media player.

The story about former Governor Lito Osmeña’s clash with Barangay Malubog farmers was picked as our banner story. Problem was, we still didn’t have a photo for page 1! A less striking photograph just won’t do. We were out to make an impression, right? 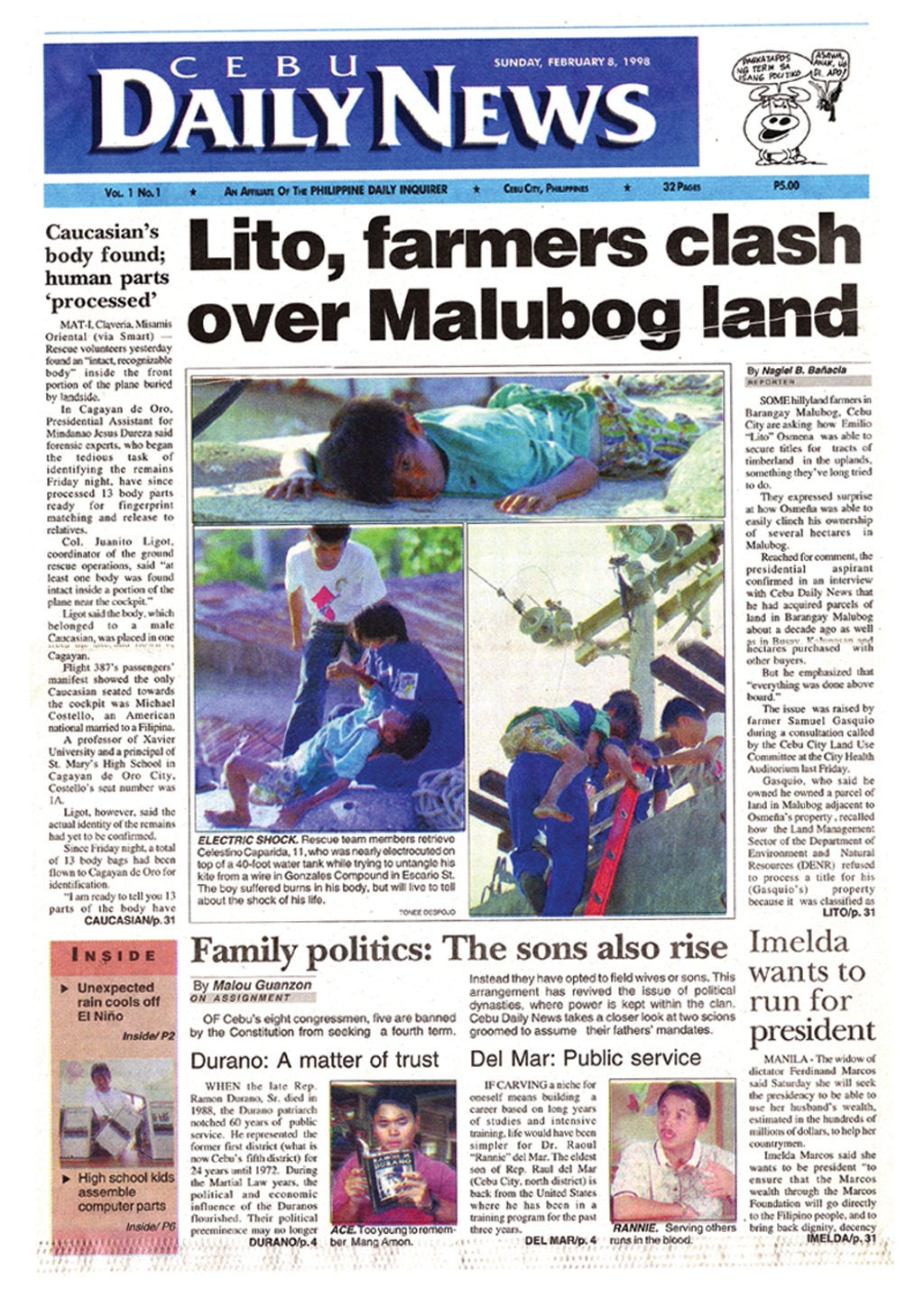 Panic was palpable as we were trying to address this dilemma. As the clock ticked ominously towards deadline, our collective silence was broken by the wailing of an ambulance. As we rushed outside to check, we learned that an 11-year-old boy was electrocuted while trying to untangle his kite from powerlines near his home. For a while, the youngster lay motionless, face down on the roof of his house.

Paramedics were able to bring the boy down, apply first aid and speed to the nearest hospital as dusk crept in. All these were captured on the lens of CDN photo editor Tonee Despojo and the drama was replayed on the front page of our first issue the next day. (The boy thankfully survived).

Why am I retelling this? It’s because that first day defined what CDN is. A paper committed to give the best to its critical and discerning readers. A newspaper dedicated to being a catalyst for change with its crisp storytelling and engaging images. These form part of our newsroom policies that no Siloy is allowed to breach.

So as we celebrate our 20th anniversary, allow me to give you snippets of what Cebu’s only independent newspaper has done to stay on top of the heap; the innovations that we have undertaken to keep us always a step ahead of the competition.

In 1999 or barely a year after it was launched, CDN flaunted a fresh, new look. From the cluttered five to six-story front page, we used only one big story complemented by a huge photo that seem to leap out of the page, enticing readers. The one story, one photo format was such a big hit leaving the other papers no recourse but to follow suit.

On September 19, 2004, CDN again jolted the local newspaper industry by shifting to a compact format with the slogan: “Compact for High Impact.”

The shift was enthusiastically welcomed by advertisers and readers alike, who fell in love with the paper’s handy feel with an impressive new flag. Of course we made sure that the shift to a smaller format won’t compromise the accuracy and clarity of our stories. Today, that trailblazing redesign effort is also being adopted by our rivals.

To address the demand for variety from our insatiable readers, CDN created special sections for them. Life!, for example, has different offerings each day of the week. From books to fashion, food to health and wellness and to the juiciest showbiz gossips and blind items, you name it, our Life! section has it. After all, variety they say, is the spice of life.

Our Business section chronicles not just the dip and rise of currencies and stocks or the latest trends in the financial market. It also has the MSME Corner where you can read success stories of small and medium sized entrepreneurs.

The Sports section, too, has leveled up. Campus Sports entices students to not just scan but read the stories that truly matter to them and their schools. Intrams, Cesafi standings and results are bunched into this explosive sub-section.

The once a month Spotlight is a collaborative effort of all editors with Cebuana running phenom Mary Joy Tabal gracing our maiden edition last November. It’s an easy read page filled with kilig info about our subjects presented in bullets.

1) When Judge Martin Ocampo handed the guilty verdict on the Chiong Seven – the seven young men, some of them scions of prominent and influential families in Cebu accused in the disappearance of sisters Jacquiline and Marijoy Chiong– on the morning of May 5, 1999, CDN editors decided the story has to be told right away. By early afternoon, 20,000 copies of the four-page special edition carrying the banner headline “GUILTY” were printed. Before sundown, not a single copy was left. It was the first ever extra edition printed by a Cebu based media company….and it was a monster hit.

2) CDN’s second extra edition came out on October 8, 1999 just five months after the first. It also involved judge Martin Ocampo, the controversial judge who meted the life sentence on the Chiong Seven. Shock and disbelief accompanied the story of Ocampo’s alleged suicide inside the room of a posh hotel on Mactan Island. Some suspected it was murder. After all, the judge’s body was “badly bruised and cut” said the CDN extra. He was 67. 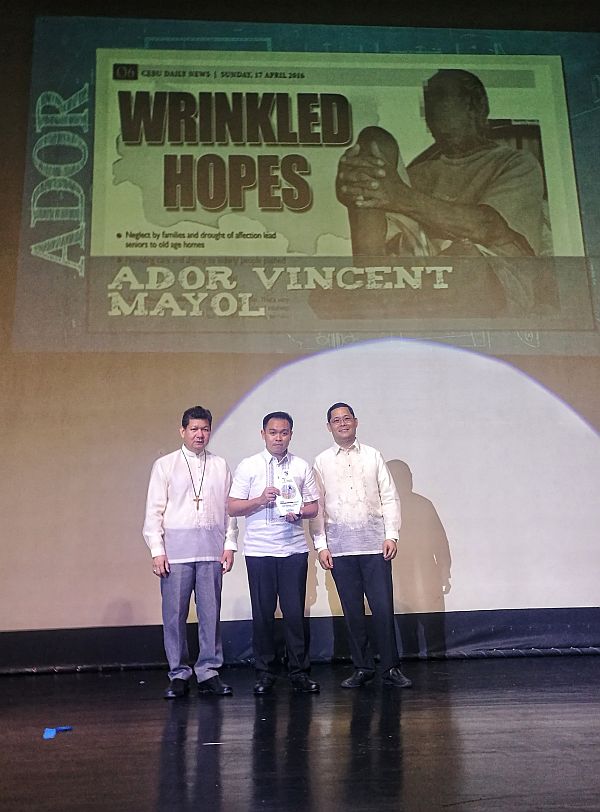 Along the 20 years of our existence, we also have our share of missteps and miscues, those unwanted elements that will never be an exclusive to one publication. But we at CDN, will be forever grateful to those who noticed the efforts we put into every issue.

The various awards we’ve received through the years, are but the affirmation of the passion and dedication of our staff who make it our daily mission to come up with a fair, credible and fearless paper for every Cebuano.

So for the challenges awaiting us in the next twenty years, we say bring them on!