Valentine: The name of many saints 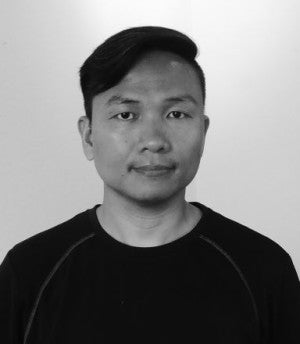 As Valentine’s Day 1987 drew near, teacher gave her students an art project. Each of us in second-year kindergarten was to make a love note for a family member.

I cut out a red paper heart and pasted it onto a piece of bond paper with writing lines drawn in pencil. I wrote mother a note. That may have been the first letter I signed off with “Love, Jason.”

On perhaps another year, father was home from work abroad for Valentine’s. This might be the most picturesque Valentine’s celebration in mother’s, sister’s and my memory.

That day, the three of us woke up to find a large basin loaded with red roses downstairs in the living room.

Father had also placed a big cake topped with a pair of lace-lined styrofoam hearts on the dining table. I vaguely remember picking and tasting pieces of sweet, heart-shaped fondant.

Valentine’s Day was Teachers’ Day in sophomore high school year. My classmates and I celebrated simply in section Beryl. We gave each of our teachers a piece of paper with our signatures on them.

At recess, we ate macaroni and cheese.

We had run out of gas at home the previous night so I had boiled the pasta in a casserole over burning charcoal.
* * *

Until the Wikipedia era, I knew of the origins of Valentine’s Day only what I learned from textbooks and newspapers: The 14th of February is the feast of one saint called Valentine.

The date coincided with the time in spring when birds chose their mates, an act echoed by people who also became couples on this date.

The cards they exchanged were called valentines; the objects of their affections: valentino, valentina.

The veracity of the connect between avian mating behavior and the pairing off of humans with Valentine’s Day, popularized through the poem “A Parliament of Fowls” authored by Geoffrey Chaucer is the subject of scholarly investigation in our day.

Just as well, for there is far more in the life and death of Saint Valentine to enrich our celebration of his feast than there is in the secular legends that surround its origins.

But to which Valentine should we refer? More than one saint bears the name, an English version of the Roman Valentinus that was in turn derived from the name Valens that means strong, vigorous, healthy.

The first, according to Catholic Online, was bishop emeritus of Terni, Narnia and Amelia in imperial Rome. In a time of persecution of Christians, he was placed under house arrest and the custody of a judge named Asterius.

While grounded, Valentine talked to the judge about Jesus. Asterius decided to test Bishop Valentine’s faith by ordering him to restore sight to his blind daughter. Valentine placed his hands on her eyes and she regained her vision.

The miracle provoked Asterius’ conversion. He destroyed his household idols. Under Valentine’s guidance, he fasted for three days and with his house of 44 members received baptism. He also freed all Christian prisoners.

The hagiographer Alban Butler spoke of a Roman priest named Valentine. With Saint Marius and his family, Father Valentine ministered to Christians persecuted during the reign of Emperor Claudius II.

Tradition attributes to this Valentine other salutary deeds such as solemnizing Christian marriages, marrying off soldiers to exempt them from deployment in war, refusing to sacrifice to idols and trying to convert the emperor.

A furious Claudius sentenced Valentine to beating with clubs and beheading. But before his execution, Valentine wrought a miracle by making his jailer’s blind daughter see. Some time prior to Valentine’s martyrdom, which Butler dates on the 14th of February 270, he sent the girl a note signed

“At least three different Saint Valentines, all of them martyrs, are mentioned in the early martyrologies under date of 14 February,” Thurston writes.

“Of the third Saint Valentine, who suffered in Africa with a number of companions, nothing further is known.”

Notwithstanding their sparse histories, what we know of these saints named Valentine testify to the grandeur of love in a world confused by its counterfeits in riches, honors and pleasures.

In the classroom of grade 6, section Saint John Stone at Colegio del Santo Niño back in the mid-1990s, a blackboard was mounted that we could deck in observance of a current season.

When February rolled in, a few classmates and I volunteered to do the Valentine’s Day artwork. I thought of using red cardboards but more clearly recalled consulting a classmate who had an identical twin about what quotes we should put on the board.

Looking back, I realize he was more biblically literate than most in class. He took out a copy of the New Testament and Psalms, that slim, pocket-size, faux leather-bound volume printed by Gideons International, and flipped the pages to the First Epistle of John.

“That is all about love,” he said, indicating that I should take my pick of love lines. My favorite from the letter goes: “If someone says, I love God, but hates a fellow believer, that person is a liar; for if we don’t love people we can see, how can we love God, whom we cannot see?” (I John 4:20).

To rise to that authenticity of love, we need only heed the God who speaks in a prophecy read across the world today, Valentine’s Day, Ash Wednesday: “Even now,” He says, “return to me with your whole heart” (Joel 2:12).

Read Next
Love, as ever still