Why not move the provincial seat elsewhere? 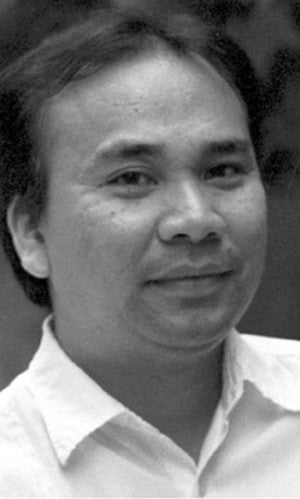 Recent reports to construct a 20-storey building at the Cebu Capitol Compound had me thinking what Gov. Emilio “Lito” Osmeña actually proposed during his term as the first elected governor of the post-Marcos era. While there were questions and naughty rumors then that the proposed site was in Balamban where many properties were allegedly owned by the Osmeñas, the proposal itself was visionary.

I will agree with Gov. Hilario Davide III if the reason for this new building is so that the venerable neoclassical Capitol is turned into a cultural edifice, perhaps to house memorabilia of past governors, a provincial library, a provincial art gallery, and offices related to cultural heritage and tourism promotion.

But I disagree that a 20-storey building has to be constructed right within the buffer zone of the building, which was declared a National Heritage Landmark during the term of Gov. Gwendolyn Garcia way back in 2009, if I’m not mistaken. There might be problems later on should this become an issue that will bring in the National Heritage Commission of the Philippines (NHCP) which gave the Capitol building the national designation, both in Cebuano and in English.

But more than the issue of the heritage buffer zone expressed in law, I believe another consideration should be the congestion that is now obtaining at the Capitol compound. Whether it’s a 12-storey or a 20-storey edifice, the centralization of provincial government operations in such a tight and tiny place will only add to the congestion now going on in Cebu. One need not look further than the Cebu City Hall. One can also look at the way the new Consolacion Municipal Hall was designed and constructed so as to abut the national highway — a very costly and thoughtless mistake, if one may call it that. (In lieu of moving it outside the town center, it was built right at the traffic bottleneck!)

I think this scenario was the very reason why the visionary in Lito Osmeña made him offer the idea of moving the Capitol outside of Metro Cebu, three decades ahead earlier, when Cebu was less congested.

Gov. Davide should thus revisit this proposal, not necessarily siting a future Capitol compound in Balamban, which is now beginning to feel the pinch of urbanization as the huge West Cebu Industrial Park has brought in thousands of migrants amid a narrow national highway cut here and there by heritage bridges (built in the 1910s and 1920s) designed for horse carriages.

Moving the Capitol outside Cebu is both fitting and proper especially since Cebu City voters like me do not and cannot vote for who sits on the provincial throne, to start with. This is one remnant of the Marcos presidential decrees that continues to operate to the present. And therefore, barring its repeal, it is rather quaint if not in fact weird, that the governor sits on an edifice inside a city that is not under its jurisdiction.

Moving the Capitol and its operations outside of Cebu City is one way of correcting this anomaly. It will be costly, especially to many of its employees who have bought houses in the city to be near the Capitol. But given that a 20-storey edifice is just waiting in the wings to be constructed, the impetus is already there to do so. Why not follow many provinces in the country that have started moving their spanking new steel and glass capitol buildings away from the madding crowd, as it were?

Better do so now, when that building is still in the planning stage than forever rue.