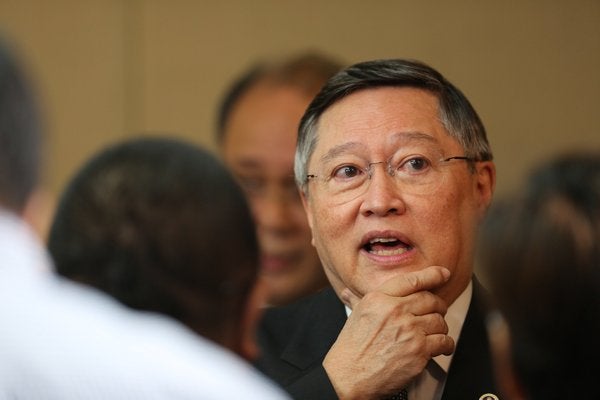 IMPLEMENTATION of the first tax reform package coupled with the rollout of the ambitious infrastructure program helped boost both the government’s revenues and expenditures by a faster pace in the first quarter, the head of the government’s economic team said.

In a text message to finance reporters, Finance Secretary Carlos G. Dominguez III said that the first-quarter collections of the bureaus of Internal Revenue and of Customs rose 16 percent and 24 percent, respectively, year-on-year, citing a report from National Treasurer Rosalia V. de Leon.

The Bureau of the Treasury is scheduled to release the national government’s cash operations report for March later this month, but based on last year’s data, the first-quarter collections growth rates posted by the BIR and BOC were faster than the 12 percent and 15 percent, respectively, in the same period last year.

As for government spending, Dominguez said that it jumped 31 percent year-on-year in the first quarter.

To compare, disbursements as of end-March last year increased by only 4 percent year-on-year.

Dominguez said that the strong revenues and expenditures growth rates in the first three months meant that “our ‘Build, Build, Build’ and TRAIN programs are working as planned,” referring to the Tax Reform for Acceleration and Inclusion Act.

Signed by President Rodrigo Duterte in December, the Republic Act No. 10963 or the TRAIN Law, since Jan. 1 this year, jacked up or slapped new excise taxes on oil, cigarettes, sugary drinks and vehicles, among other goods, to compensate for the restructured personal income tax regime that raised the tax-exempt cap to an annual salary of P250,000.

Read Next
Raps filed vs DOH officials, execs from 2 firms over Dengvaxia mess