Outgoing PNP chief Bato: I have ‘balls’ to face any charges 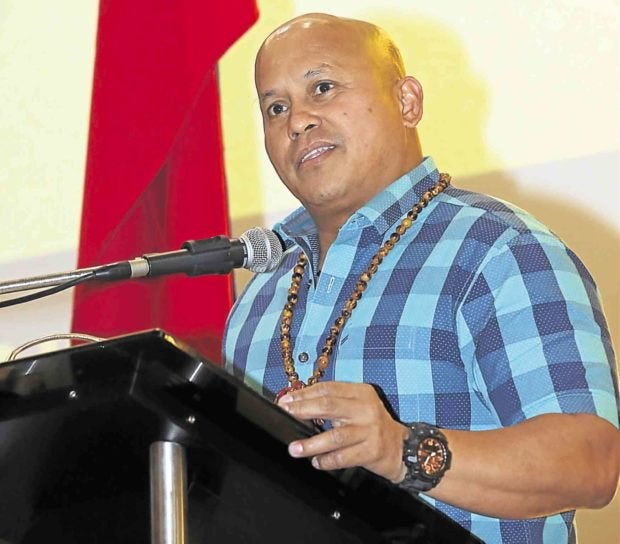 I have “balls” to face any charges you file against me.

This was the message of outgoing Philippine National Police (PNP) chief Dir. Gen. Ronald dela Rosa to his critics planning to file charges against him over the thousands of killings on the anti-illegal drug campaign once he retires from service.

Dela Rosa, who is set to retire on Thursday, said he would not try to escape accountability for all the issues that happened during his term as PNP chief because he was trained at the Philippine Military Academy (PMA) to take responsibility for his actions.

“Sabihin ko sa kanila, sa lahat, ako po ang naging chief PNP, at ako po ay may bayag, I have balls to face anything that you are going to charge against me,” Dela Rosa said in an interview with CNN Philippines on Wednesday.

(I will tell to all of them that I became the PNP chief and I have balls.)

“Dahil bakit ko tatakbuhan ang responsibilidad na yan (Why would I run from that responsibility)? If it happened during my time as the chief PNP, I am accountable for that,” he added.

Dela Rosa will officially retire on Thursday and turn over his position to National Capital Region Police Office (NCRPO) chief Dir. Gen. Oscar Albayalde, his mistah at the PMA Sinagtala Class of 1986.

During his 21-month term as the police chief, Dela Rosa led the PNP to wage the Duterte administration’s deadly anti-illegal drug campaign, which is believed to have killed thousands of suspected drug criminals since July 2016.

The PNP has said nearly 4,000 drug personalities have been killed in the nearly two-year intensified campaign against illegal drugs. It says most of the fatalities were killed while putting up violent or deadly resistance during police operations.

Dela Rosa, however, maintained that the campaign against illegal drugs would not end with his retirement and would instead be intensified by Albayalde.

The campaign is the subject of a petition before the Supreme Court, several investigations by the Commission on Human Rights and the PNP’s Internal Affairs Service, and a preliminary examination by the International Criminal Court.

Read Next
Boston soars to 2-0 lead