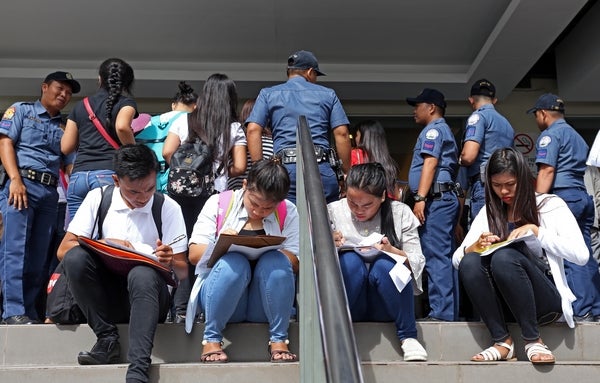 About 600 police officers, 400 of them secure the Labor Day activities on Monday. Above, police officers keep a close watch on the thousands of job applicants joining the IC3 job fair.

Senior Supt. Joel Doria, Cebu City Police Office director, said in an interview on Tuesday that the police officers were deployed to the area, not only to secure the important officials and personalities but also the thousands of job seekers trying their luck at the job fair.

Doria said that he estimated the crowd of people at the job fair at the IC3 Convention Center at around 10,000.

The convention center has a seating capacity of 10,000. 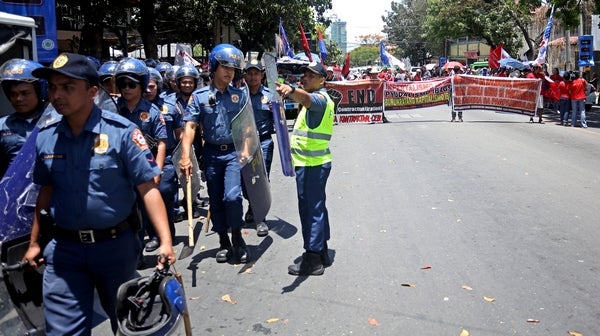 Police officers of the Civil Disturbance Management team also exercised maximum tolerance in dealing with the rallies held by militant labor groups in the city.

However, Doria said that for their crowd estimate they would base this on a 3 to 4 persons per square meter of the area.

He also said that 200 police officers of the Civil Disturbance Management team were also put on standby to respond to any untoward incident especially involving protest actions or rallies.

Some of the militant labor groups called for the dissolution of the wage board, and the opposition in implementing the four-day work week proposal as among the issues they were advocating. (See separate story)/With a report from PIT Intern Glazelle Viter