Warriors bounce back with a bang, take 3-1 lead vs Pelicans 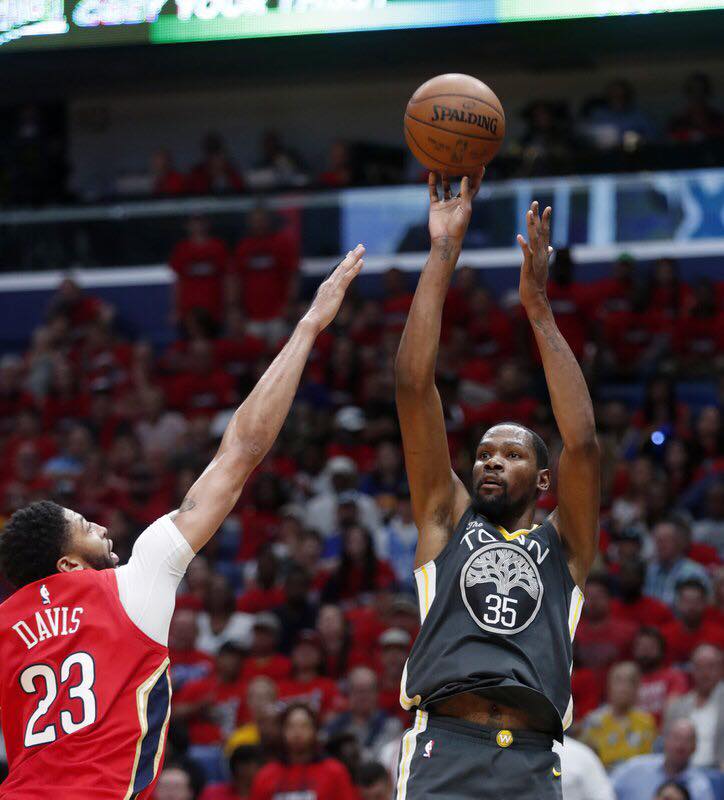 The Warriors responded to their 19-point loss in Game 3 with a resounding effort that produced a wire-to-wire win with leads as large as 26 points.

Durant made 15 of 27 shots. Stephen Curry scored 23, Klay Thompson added 13 and Quinn Cook, who was a Pelicans reserve earlier this season, contributed 12 points.