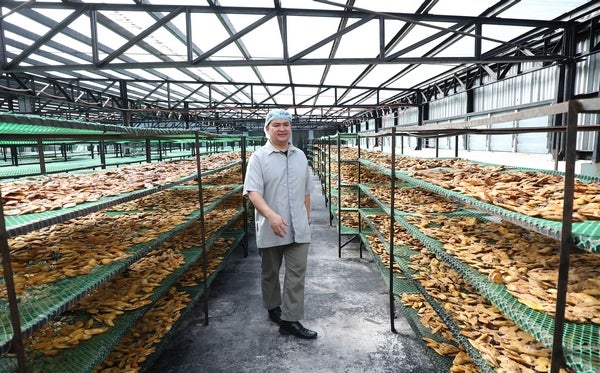 Mango seeds are dried as one of the procedures to turn the seeds into mango flour.
CDN PHOTO/TONEE DESPOJO

Around 10 years ago, mango processors spent millions of pesos in tipping fees to get rid of mango seeds and peels; until a Cebu university developed technology that turned mango seeds into flour, and mango peels into a gelling agent.

Gems is the first-ever mango biorefinery in the Philippines.

“Way back in 2008, a group of mango processing companies approached the research arm of the University of San Carlos School of Engineering to ask if something can be done about using the mango waste products,” recalled Dr. Jerome Taboada, assistant chief operations officer and general manager of Gems.

At the time, the research arm of the USC engineering department was mainly composed of chemical engineers with background in bioprocessing engineering, Taboada said.

His wife, Dr. Evelyn Taboada who is the dean of the USC School of Engineering heads the USC BioProcess Engineering Research Center. 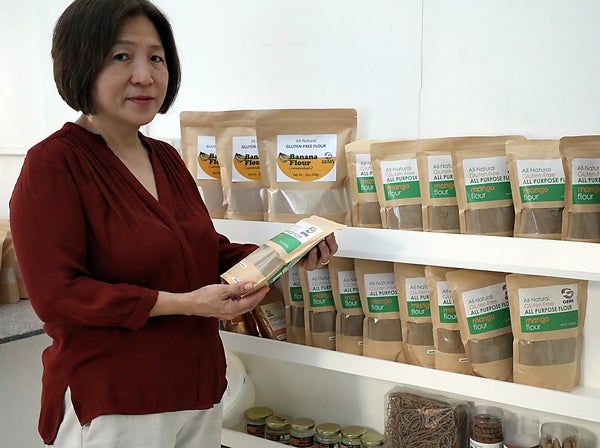 Based on data from the Department of Agriculture, the country produces one million tons of mangoes every year, half of which are processed into different products such as dried mango, mango puree and other products.

But mango processors threw away roughly half of the 500,000 tons of mango or around 250,000 tons, according to Taboada.

With a P1,000 tipping fee per ton, mango processors spent sizeable amounts of money each year to get rid of their agricultural waste.

Even if mango processors operated their own dumpsite, they still had to contend with environmental requirements to operate one.

To cut down on their expenses, the mango processors decided to seek the help of researchers to further intensify the research on developing value-added products from mango waste.

Taboada pointed out that existing research then only explained the possible applications for mango waste; but there was none conducted on converting all waste into zero waste.

The USC School of Engineering research succeeded in developing a practical application of existing researches on the matter, he said.

In fact, the university was awarded a patent on the pulverization of mango kernel, Taboada added.

While Dr. Evelyn authored the patent, it is owned by USC because the application was under the university’s name.

For her research, Dr. Evelyn received the 2015 Newton Fund Awardee from the British Council.

At the time, there were several investors looking at the feasibility of using mango waste; but it was not until Gems, that a company succeeded in putting the technology into practice.

Incorporated in 2012, Gems first implemented the technology on a pilot scale, conducting further research and development to industrialize mango flour.

After a year, the company started constructing its manufacturing facility in Bankal, Lapu-Lapu City, where they started producing mango flour by 2015.

The company gets the mango seeds for free from mango processors, resulting to a lot of savings for the processors as they no longer had to pay for tipping fees to dispose of their waste.

Aside from transforming mango kernel into mango flour, the company also processes mango peel into pectin, a gelling agent used in jams and jellies.

However, Taboada explains that this is still on laboratory scale and has yet to go on full production.

The company’s vision is to become a world class biorefinery manufacturing plant by recycling value for agricultural waste and providing a wholistic and integrated approach in agriculture waste management.

According to Taboada, they are also conducting research into the use of mango flour in soap, developing mango butter which can be used in moisturizers, lotion, facial and body scrub.

He reveals that a client who owns a spa is buying mango flour because it can be used as a scrub.

Also, on line is mango extract polyphenol concentrate, which can be used as an ingredient for food supplements.

Polyphenols are naturally occurring micro nutrients in plants that could help fight infections.

Gems is partnering with Magic Melt for the product development of mango flour.

To create awareness on the use of mango flour in baking, Carolyne Go, chief executive officer and president of Gems and owner of Magic Melt, opened a pastry shop called Manga Café at Robinsons Cybergate, which sells baked products using mango flour.

Go explained that with the growing trend of healthy eating, mango flour provides a good alternative to white flour because it is gluten-free and rich in anti-oxidants. It also has high dietary fiber.

Not only is mango flour a healthy product, processing mango waste also helps the environment while turning wastes into high-value products, Go pointed out.

Since mango is a very popular product of the Philippines, especially Cebu, the company expects to ride on this popularity while at the same time promoting environment friendly processes.

“It is actually a green project. It can also help the scavengers because you provide jobs to the scavenger,” she said.

Go recalled that in one of the food exhibits they joined in the Anuga trade show, some research and development people from Thailand as well representatives from Mexico and India showed interest in mango flour.

She also noted the importance of the Philippines following the trend on health food, otherwise the country will be left behind.

Aside from mango flour, the company is also looking into the processing of pineapple and banana wastes, Go said.

The company’s mission involves promoting healthy food while helping the environment and providing employment, she added.

Read Next
OFF TO SEMIS