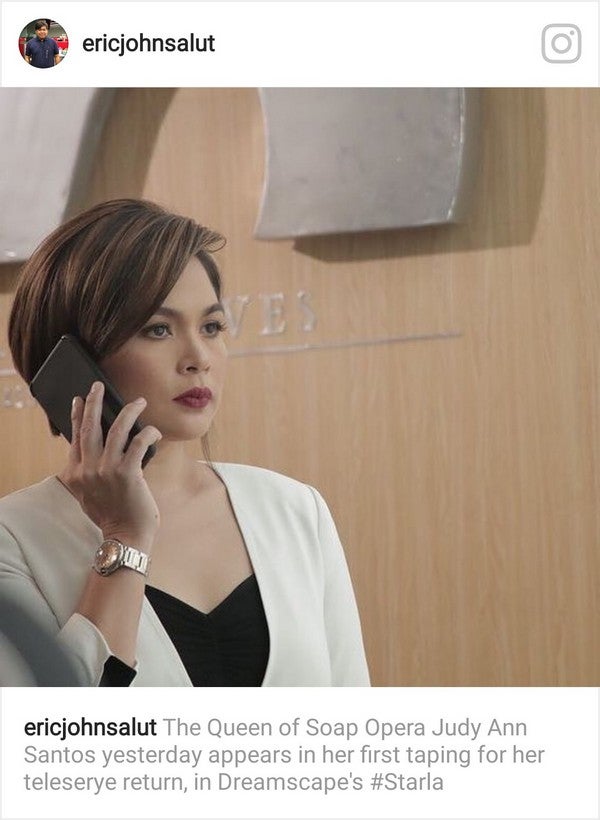 Dreamscape Entertainment Telivision, a television production unit of ABS-CBN, announced her comeback on Monday through an Instagram post.

“The greatest comeback on television of THE QUEEN OF PHILIPPINE SOAP OPERA, MS. JUDY ANN SANTOS on her first taping day for #Starla,” the post read.

The actress also shared a photo of her being glammed up by her style team.

“Starla” is directed by Onat Diaz.

The same year, she also hosted the game show, “Bet on Your Baby.”

Santos also had a comeback on the big screen when she topbilled Star Cinema’s “Ang Dalawang Mrs. Reyes” with Angelica Panganiban.

Released in January this year, the film earned more than P120 million worldwide.