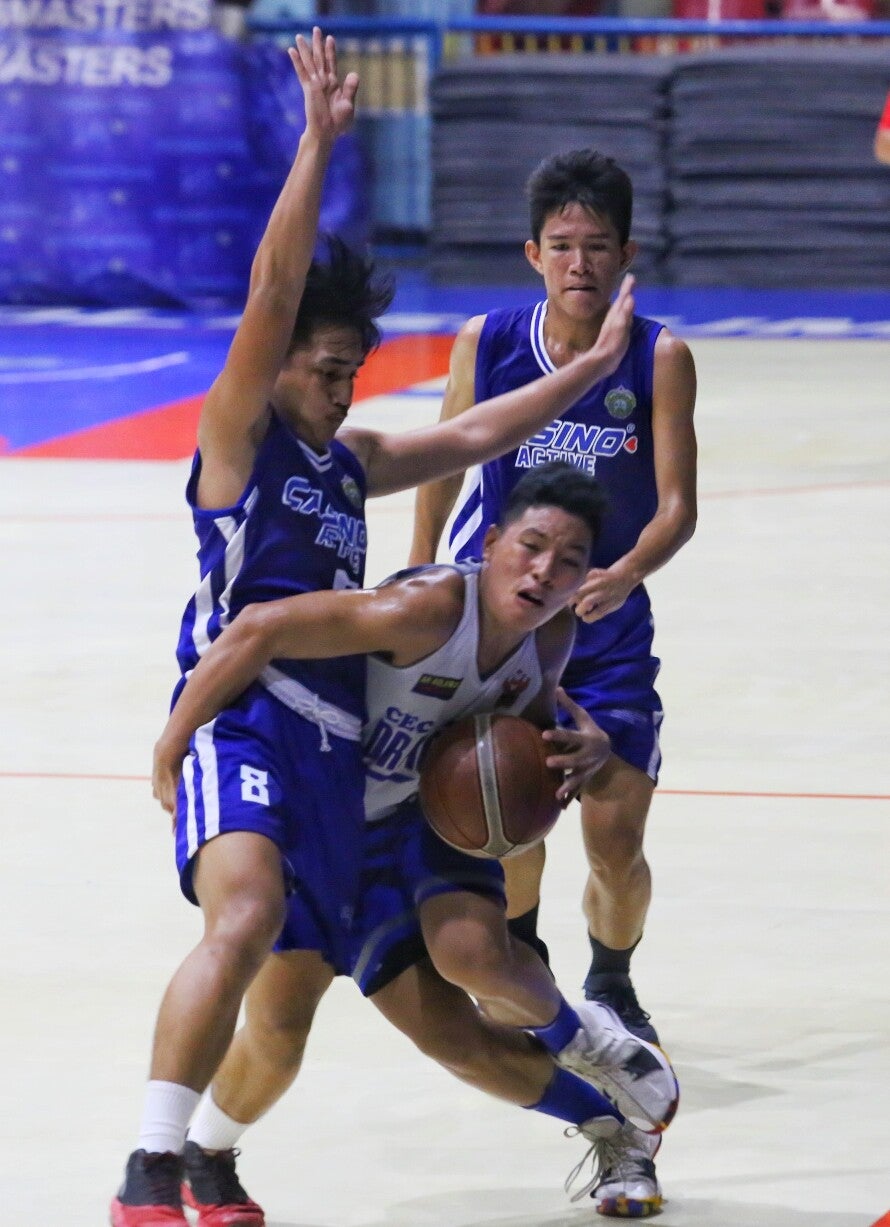 A player of the CEC Dragons tries to get past the defense of USJ-R in a Cesafi Partner’s Cup game at the Cebu Coliseum.

The Baby Warriors were down by 20 points in the first half but clawed back to take a one-point lead, 34-33, at the break.

In the second half, USC tried to hold on to its lead and managed to tie the ballgame thrice before succumbing to the rally of USPF, who, led by its topscorer John Maglasang, erected a commanding 10-point lead going into the final canto, 61-51.

The Baby Warriors continued to stay in contention after igniting a 7-0 run to bring down the Baby Panthers’ lead to just two points, 62-60, with five minutes remaining in the ballgame.

It however proved to be the last hurrah from the Baby Warriors as the Baby Panthers pulled away to remain unbeaten and improve to 4-0 (win-loss).
Maglasang finished with 16, Kyle Ochavo had 15 points while Christopher Isabelo added 10 points before limping off the court for the Baby Panthers.

The loss dropped the Baby Warriors to a 2-4 card.

Read Next
Yayoy still not satisfied