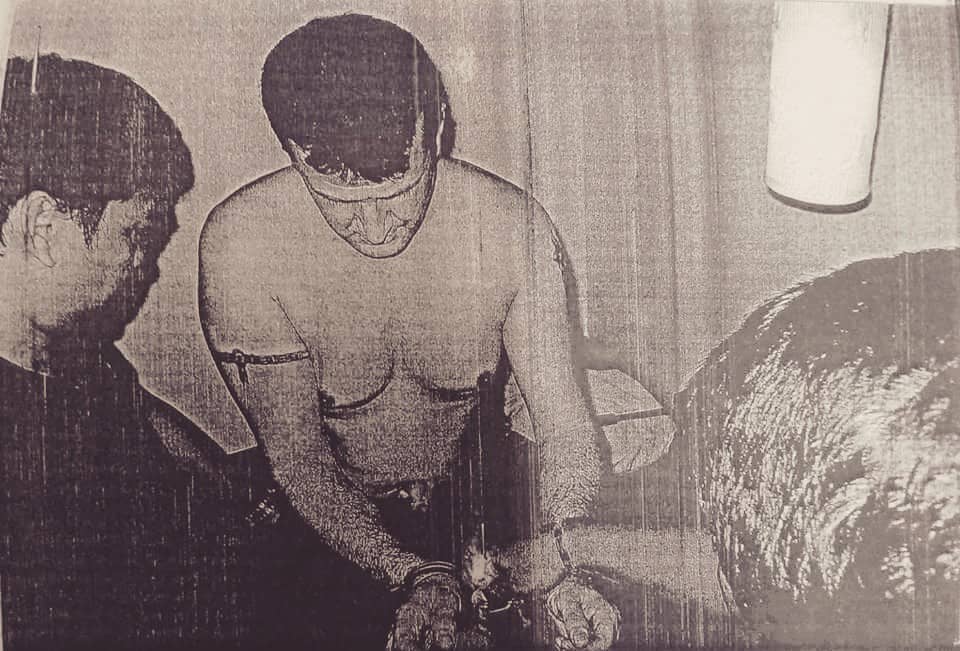 CEBU CITY–A German who was an alleged member of a global child pornography syndicate was convicted by a local court on Friday for taking nude photos of two teenage girls in a motel in Talisay City in 2011.

Thomas Michael Ruhland, 46, was found guilty of qualified trafficking and child abuse, and was meted the penalty of life imprisonment and another 20 years in jail for the two charges respectively.

The foreigner, who was detained at the Cebu Provincial Detention and Rehabilitation Center, was also ordered to pay a fine of at least P3.4 million to the two victims, aged 16 and 14.

“This court is fully convinced and so finds that the accused performed all the elements in the commission of the offense,” said Judge Jose Andal of the Regional Trial Court Branch 24 in Cebu City in his decision.

“He (Ruhland) did maintain and hire the victims to engage in pornography by offering them money in exchange for their nude pictures. He took advantage of their vulnerability to attain his purpose of exploiting them,” he added.

The father of one of the girls’ exploited by Ruhland earlier sought the assistance of the National Bureau of Investigation in Central Visayas (NBI-7) after he learned that her daughter went with the accused.

Agents of the NBI hatched an entrapment operation which led to the arrest of Ruhland inside a motel in Talisay City on February 2, 2011.

Two girls were rescued during the operation.