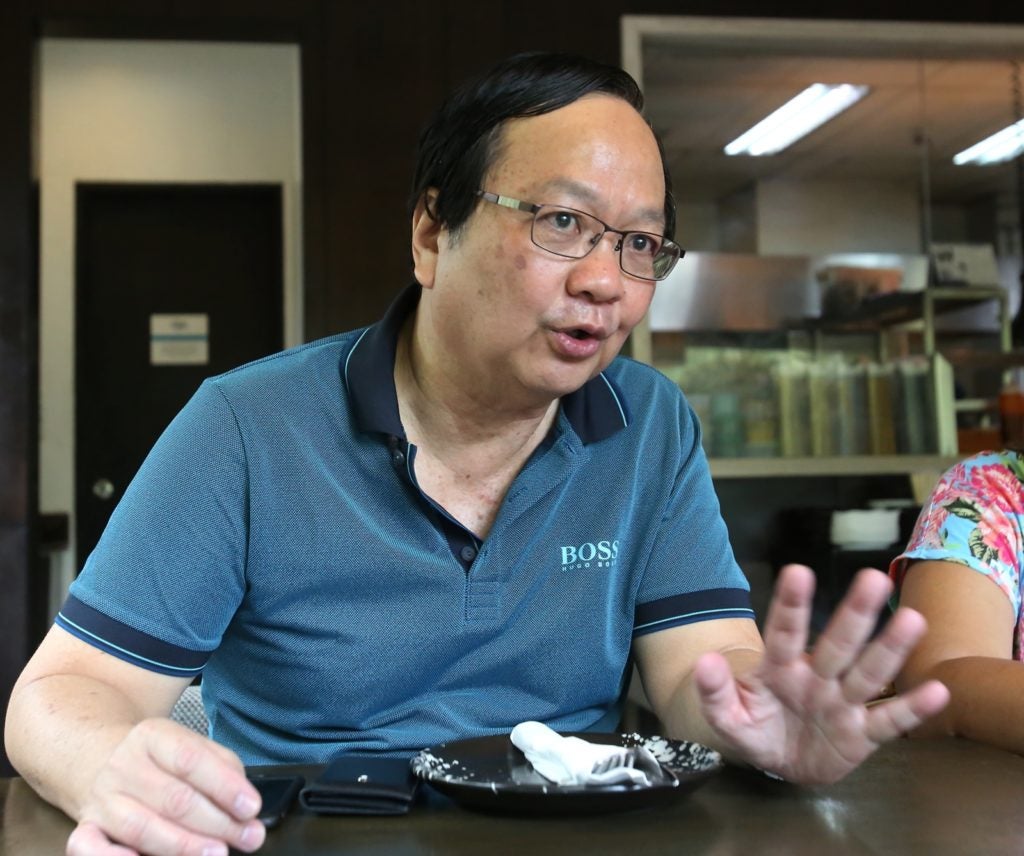 Antonio Chiu, Cebu Chamber of Commerce and Industry president, is supporting the government’s packages of the new tax reform law, saying these are needed to make the country competitive.

With President Rodrigo Duterte’s push for the approval and implementation of the next tax reform packages, local business leaders have also expressed their support for the move.

Cebu Chamber of Commerce and Industry (CCCI) President Antonio Chiu said that pushing with the tax reform would make the country competitive.

“The other TRAIN packages are also necessary if we are to make the Philippines competitive against our ASEAN neighbors in terms of attracting foreign investments,” he told CDN in a statement.

Specifically he pointed out the Tax Reform for Acceleration and Inclusion (TRAIN) 2 which seeks to gradually decrease the current 30 percent corporate income tax (CIT) to no less than 25 percent.

Chiu said the current 30 percent CIT is one of the highest rates in Southeast Asia wherein other neighboring countries have as low as 20 percent CIT.

The reduction of the CIT is the tradeoff in the proposed TRAIN 2 which is currently being deliberated in Congress.

The TRAIN 2 also seeks to “modernize and rationalize” corporate incentives currently being enjoyed by companies and locators in the country.

The CCCI has already submitted its position paper on the proposed TRAIN 2, they said that while they support the proposal, the CIT should be further lowered to only 20 percent in a span of 10 years and without conditions.

The chamber said that the current proposal of reducing CIT to only 25 percent will still make the Philippines the country with the highest CIT rate in the region.

They cited countries like Singapore which only has a CIT rate of 17 percent while Thailand, Cambodia, and Vietnam have CIT rates of 20 percent.

In his State of the Nation Address (SONA) last Monday afternoon, President Duterte pushed for the immediate approval of the additional TRAIN packages starting with TRAIN 2.

“We need this for sustainable growth that leaves no Filipinos left behind. TRAIN is already helping poor families and senior citizens cope up with rising prices. I applaud Congress for the timely passage of the TRAIN (1) law,” the President said in his speech.

“You have made funds available to build better roads and bridges, and improve health and education, and strengthen our safety and security,” he added.

The Department of Finance (DOF) is also set to submit the proposed TRAIN 3 and 4, which focus on a single valuation for real property and on financial taxes, respectively, to Congress before the end of the month.

For his part, Mandaue Chamber of Commerce and Industry (MCCI) President Stanley Go said most businesses are not really aware of the specifics of the TRAIN packages.

“Like what happened with TRAIN 1, there were so many revisions and changes. We didn’t know the final provisions until it was approved,” he said in a phone interview.

Go added that local businesses have not been consulted on the additional TRAIN packages. But he said he hopes that government will make efforts to educate stakeholders once the final versions of the proposals will be approved already.

Meanwhile, CCCI’s Chiu said though that he was dismayed that the President did not mention specific infrastructure projects to be implemented in Cebu.

Chiu has been vocal on the need to address the worsening traffic congestion in Cebu saying this has affected local businesses more than anything else.

“The only mention of Cebu though was with reference to Malasakit Centers. He made no mention of any infra projects including our integrated inter-modal mass transit system (IITS) or any other project for that matter which was sad,” Chiu said.

The CCCI has also earlier given its support to the proposed IITS of the Department of Transportation (DOTr) for Metro Cebu which includes both the Bus Rapid Transit (BRT) and Light Rail Transit (LRT) projects.

The chamber said having this kind of synchronized transportation should help businesses which have been suffering from economic losses brought by traffic congestion.

Read Next
Exec: $1B in revenues in 2018 for contact center sector