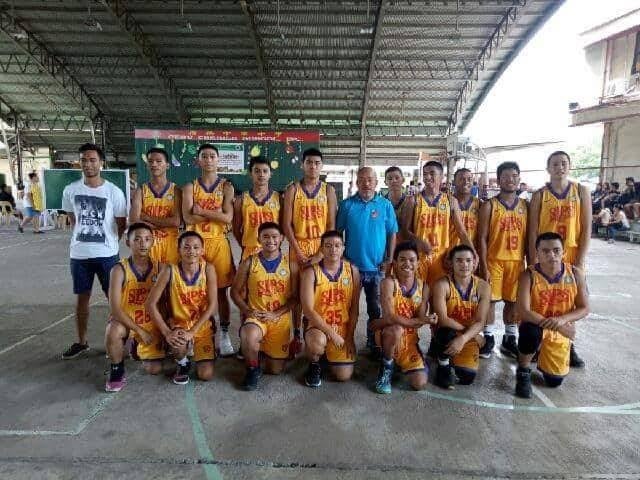 SIPS’ under-18 team B poses for a group picture after beating SBC Forum in the PSDL basketball tournament at the Cebu Cherish School./CONTRIBUTED PHOTO

THE SAN Isidro Parish School (SIPS) successfully opened its campaign in the 9th Private Schools Developmental League (PSDL) by winning its first games in the Under-18, Under-16 and Under-14 basketball tournament yesterday at the Cebu Cherish School, Inc. (CCSI) basketball gym in Capitol Site, Cebu City.

The Isidorian Tamaraws defeated the Soreto B. Cabahug (SBC) Forum in the U-18 with a final score of 86-37. SIPS led the bout all the way from start to finish with Vince Benaro and Luis Ofima both tallying 13 points to top the score sheet.

“The kids did very well. They are in a very good condition,” SIPS head coach Virgilio Godinez told Cebu Daily News. “Also they executed our game plans thoroughly that is why we got the wins for today’s matches,” he added.

According to Godinez, they have been preparing for the league since summer.

“We had a basketball activity within our school called ‘Isidorian Summer League,’” Godinez shared. “It is where I got our team selection for this year’s PSDL and I got six fresh and strong recruits (for the U-18).”

With the league still having a long way to go, Godinez is hopeful of being able to make a winning streak. “I hope the good games will continue as well as the players’ focus on the game.”