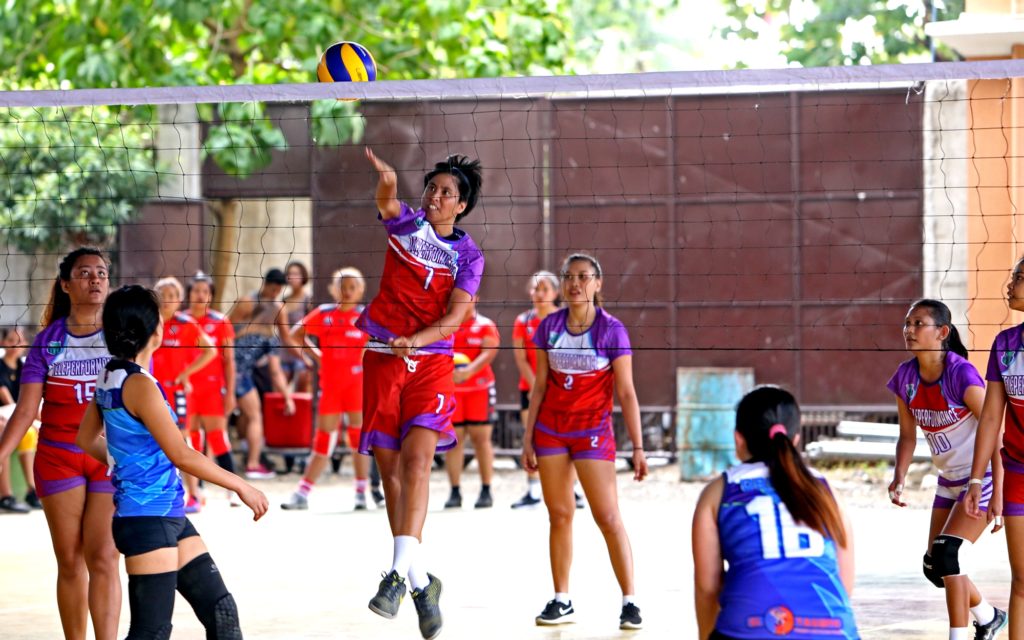 Irish Ferraren of Teleperformance goes for a spike in their game against CTC BPO in the 2018 Inter-BPO Volleyball Cup held at the Barangay Tinago gym.
CDN PHOTO/LITO TECSON

Teleperformance is going for a streak in the 2018 Inter-BPO Volleyball Cup after winning its second game yesterday at the Barangay Tinago Sports Complex, Cebu City.

In the men’s division, defending champions Teleperformance continued to reign in their bracket as they surpassed Lexmark, 25-12, 25-9.

Today, still at the same venue, will hold the third day of the tournament’s elimination round.

In the women’s division, Tinago and other volleyball fans will see Accenture going up against ePerformax, ASPI versus WiPro, Sykes to face Teleperformance and Lexmark to contest against Conduent.

In the men’s division which will still be in the afternoon, Accenture will go up against ePerformax, Lexmark versus Tech Mahindra, Sykes to face Teleperformance, Teletech to contest against Qualfon, Hapaqueros to vie against Convergys, Conduent versus OP360, NCR up against Fluor and WiPro hopes to win against ASPI.