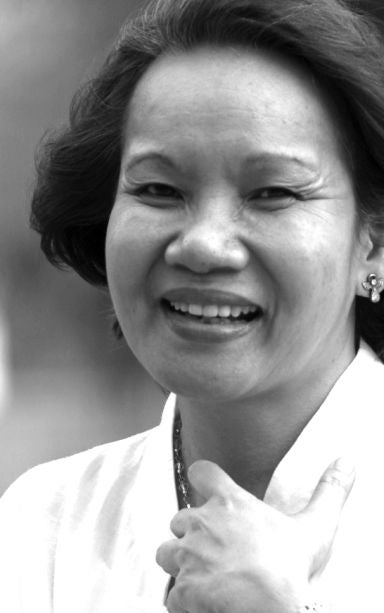 Although these are trying times and what others may describe as years of “living dangerously” we can still consider ourselves blessed because we have heroes, sources of hope and inspiration. As we remembered the assassination of Ninoy Aquino upon his return to our country for the “Filipino is worth fighting for!” many called for an end to extra judicial killings.

As politicians get ready for another election, the newspapers announce the judgement of various officials for having failed the public trust; we can recall a Magsaysay awardee for governance who died in a plane crash here in Cebu on August 18, Department of the Interior and Local Government, Jesse Robredo.

Many forget that the right to vote is sacred and that to be chosen for public position is also comes from above. But Jesses Robredo took his position as Naga City mayor as an opportunity to actually make a significant change in the lives of Filipinos; unlike many who refuse to join politics fearing being tarnished by the prevailing opportunism.

In almost two decades as a local government official he introduced structures to reduce the paternalism and corruption in public service. He instituted: “1. Full Disclosure Policy – requires local government units to disclose in public places 12 key financial documents that show how funds are spent; 2. Seal of Good Housekeeping – a reward given to LGUs that observe honesty and excellence in local governance; 3. Seal of Disaster Preparedness – an incentive mechanism to help LGUs deal with disaster and calamities; 4. Streamlining LGU’s Process Licensing System – a process wherein businessmen could receive permits from LGUs at a shorter period of time (3 days or less); 5. Local Governance Performance Management System – an assessment tool validated by third-party assessment on the LGU’s performance.” He also established new offices for the implementation of the systems and policies.

All that attracted and gave rise to many new business establishments in the city which created many new jobs for the people there. The average income of the people increased; Naga became recognized as one of the most improved cities in Asia. All the while Jesse practiced “Tsinelas Leadership:” he was quick to respond to the needs of the people no matter what was needed to be done all the while with “sincerity and humility.”

Then there is Sr. Christine Tan, RGS. She wrote in her vocation story: “There were five of us, and the only reason we had for changing our mode of life was to find Jesus. We found two rooms with no floor, and no toilet, in the armpits of Manila, the fifth district.” Of her Ma. Ceres P. Doyo wrote: “She founded the Alay Kapwa Christian Community and helped set up cooperatives and livelihood projects for the poor in Manila, Cavite, Quezon, and Cebu.” The people among whom they lived confirmed her great concern for them and generosity towards them. Precisely because of her recognition of their sense of worth that she was also firm with them. They also observed her strong stand against injustice and corruption. In fact in her vocation story she narrates: “Once during martial law, when we major superiors dared oppose the dictatorship, I was summoned to Rome.”

What I find most moving in the pamphlet, “Remembering Sr. Christine” is her sharing regarding her encounter with Asian spirituality: “It was in Saigon, Vietnam when grace knocked me down. I had a Vietnamese friend who had doctorate from Paris, and she was steeped in Eastern spirituality. We were close friends, sharing the same thirst for political and spiritual liberation. I visited her often on my way to some other destination. In her home, she had a garden with a hammock beside a small pool. One evening we sat together, when words long smoldering in my heart tumbled out as I uttered, “And, teach me to pray.” She responded, “Christine, sit on this hammock. Gaze at the stars, and keep your mouth closed.” That was the beginning of a paradise within me, a world, so scintillating that it pierced through my senses in the outer world, transforming my thoughts, plans, deeds, dreams into a flaming for justice and peace.” She shared the Asian spirituality with the communities she worked with.