More than just a breath of passing air 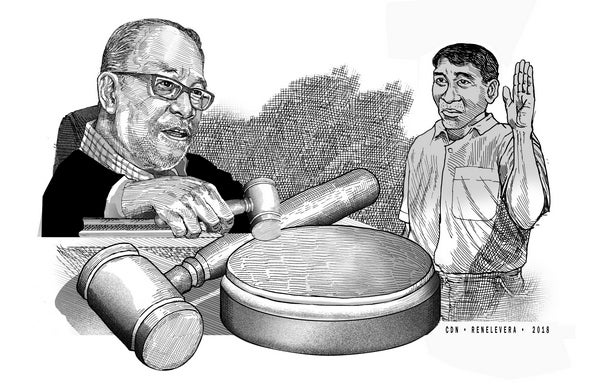 While surfing the Web, I came across this little poem by the 19th-century English writer, Letitia Elizabeth Landon, entitled “The Power of Words:”

‘Tis a strange mystery, the power of words!
Life is in them, and death. A word can send
The crimson colour hurrying to the cheek.
Hurrying with many meanings; or can turn
The current cold and deadly to the heart.
Anger and fear are in them; grief and joy
A word is but a breath of passing air.

For me the poem evokes a passage in the letter of the apostle James, who, using a device called metonymy, wrote of the tongue to refer to the utterance of words:

“The tongue is also a fire. It exists among our members as a world of malice, defiling the whole body and setting the entire course of our lives on fire, itself set on fire by Gehenna.

“For every kind of beast and bird, of reptile and sea creature, can be tamed and has been tamed by the human species, but no human being can tame the tongue. It is a restless evil, full of deadly poison.

With it we bless the Lord and Father, and with it we curse human beings who are made in the likeness of God.

“From the same mouth come blessing and cursing. This need not be so, my brothers.”

Both Landon and James point to the double-edged nature of speech, how it can hurt or heal, lift up or depress, how it can destroy or animate.

Such are human words. On the other hand, Jesus’ words always are life- and Spirit-giving. For instance, he admonished his disciples never to fear, not to worry about tomorrow, to find blessing in patience and suffering, in service. Always they give hope, are upbeat.

But this does not mean, however, that his words do not disturb, because they unsettle the complacent, apathetic and tepid. They are uncompromising. Jesus’ call to those who want to follow him entails a radical and often painful change of self.

When people sought him after he had fed a crowd of 5,000, he told them that he was the true food, and that unless they ate his flesh and drink his blood they would have no life. Many of his disciples took offense and turned away, muttering, “This saying is hard; who can accept it?”

What Jesus meant was that they should partake of the bread and wine whose substance he would, in time, change into his body and blood. But they did not wait for this to happen. They lacked patience. Above all they lacked faith and trust in Jesus’ words. Unlike Peter, who refused to go and said, “Lord, to whom shall we go? You have the words of eternal life; and we have believed and have come to know, that you are the Holy One of God.”

When I was a judge, what I said in court had authority. Words, no matter if they’re just the words of humans, have power, for good or ill.

“’Tis a strange mystery, the power of words!” exclaimed Letitia Elizabeth Landon in her poem.

A word has power even if, as she said, it is only a breath of passing air.

How much more the Word become flesh, the Word of God.

Read Next
BAN HELMET USE