Shortly after the Hollywood box office film “The Nun” was shown in Philippine cinemas on Wednesday (September 5), netizens posted hilarious photos featuring the main characters of the film. 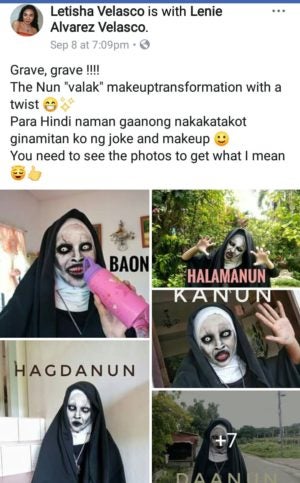 A Facebook post by Letisha Velasco, who is known for her makeup skills, showed several photos of her wearing a terrifying look.

She used Filipino terms that rhymed with the word “nun” in her photo captions.