Duterte to ‘address the nation’ on Tuesday — Palace 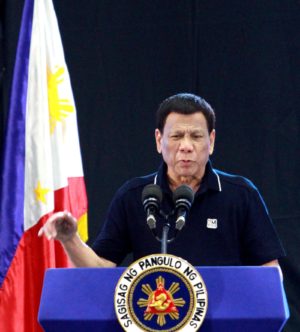 Roque, however, noted that no specific topic has been set for the President’s message which is slated for 3 p.m.

“The President just said he wants to talk to the nation, pero wala akong alam kung ano’ng gusto niyang sabihin (but I don’t know what he wants to say),” Roque told reporters in a Palace briefing on Monday.

Duterte just got back from historic state visits to Israel and Jordan last week.

While the President was in the said Middle Eastern countries, the government was heavily criticized over the rice shortage in some areas in Mindanao and the increase in prices of commodities as inflation hit a new-nine year high of 6.4 percent in August.

The administration was also pressed for allegedly focusing on going after its critics instead of addressing the inflation.