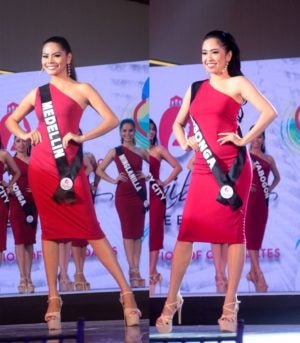 SHEENA Mae Balansag sees Binibining Cebu 2018 as an opportunity to showcase the variety of cultures, heritage and natural attractions coming from the different municipalities and cities in Cebu.

”It is time to discover and unleash the different and unique beauties of Cebuanas which truly make Cebu as a highly captivating place,” she said.

Balansag represents Medellin, which celebrates the Katubhan Festival in April.

Composed of 19 barangays, the town has a lot to offer when it comes to great adventures. It has Gibitngil Island, which known for its blue-green waters, huge rock formations and great sandbar.

Medellin also offers several activities for the thrill-seekers such as cliff to rock zip line, kayaking, and snorkeling.

For Balansag, the most challenging activity is the 40-foot cliff diving platform.

For those who are on a tight budget, the Kawit shoreline with pristine waters and the white sandbar is also satisfying.

The town also has Medellin Zip-away that has an exhilarating Tarzan jump and bicycle zipline.

For those who want to chill and enjoy the night, there’s the Medellin Dockside which offers music and grilled food.

RALENE Lagudas’ last pageant was nine years ago. Binibining Cebu 2018 made her realize that she wanted to return on stage for a bigger and better purpose.

“It is a great ground and medium for me to share my wisdom, impart my skills and make myself relevant in helping and developing Cebu more livable and sustainable place not only for the present generation but most importantly for the future ones,” she said.

Lagudas is the official candidate for Sibonga, the home of the Simala Shrine where Marian devotees flock because of the miraculous image of the Virgin Mary.

Sibonga is rich in architectural elements and heritage features like town plaza which boasts its art deco style.