BFP-7: Search and retrieval ops in landslide site continue amid return of responders to respective regions 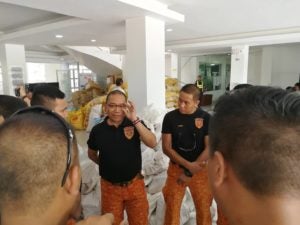 Several responders from other regions will now be going home two weeks after the landslide struck in Brgy. Tinaan, Naga City, Cebu.

At least 45 rescuers from the Special Rescue Unit of the Bureau of Fire Protection (BFP) from Regions 6 (Western Visayas), 8 (Eastern Visayas) and 10 (Northern Mindanao) will be returning to their respective regions on Thursday morning (October 4).