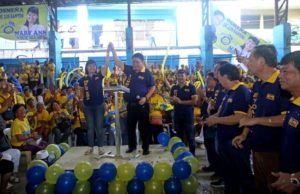 But CHR warns that candidates cannot be disqualified based on suspicion

The Department of the Interior and Local Government (DILG) announced on Friday (October 12) they will submit a copy of the so-called “narco-list” to the Commission on Elections (Comelec).

In what seemed to be a last-ditch effort on their hopes to disqualify candidates who are accused to have links in the illegal drug trade from the May 2019 midterm elections, DILG spokesperson Jonathan Malaya said they plan to submit the copy this Wednesday, when the filing of the certificate of candidacy (COCs) will be closed.

Comelec, in turn, said they will review the DILG’s proposal to disqualify all candidates included in the so-called “narco-list”.

“As chairman, I included it in yesterday’s agenda at the en banc at inirefer po namin sa [and we referred it to the] law department [of the Comelec] for further study,” Comelec chair Sheriff Abas said in a press briefing on Friday (October 12).

A news report by state-run media People’s Television quoted Malaya to have given Comelec discretion to decide on their agency’s proposal.

“We would want them to be disqualified. But there are some legal impediments kasi as mentioned already by some election lawyers. So, in so far as we’re concerned, we would like the public to be informed of the list, we would like them to know that these are those with pending cases,” the report said, quoting Malaya.

“Same yung prayer nila, kung pwede ma-disqualify yung nasa listahan [They have the same prayers, if we can disqualify those in the list],” he said.

Abas, however, said that there should be a “balance” if they will follow the suggestion of the DILG and PDEA.

He said there should be a due process in disqualifying candidates, citing that mere inclusion in a list does not equate to being dropped from the elections.

But the Commission on Human Rights in Central Visayas (CHR- 7) cautioned public officials that doing so would violate the law.

Lawyer Arvin Odron, CHR-7 director, said he has “high reservations” regarding the suggestion of the DILG for Comelec to disqualify those in the so-called “narco-list.”

“The intention is novel, good, and praiseworthy. I agree with that as we need law-abiding public servants who are committed to protect the welfare of the people and not the one that will destroy it,” Odron told Cebu Daily News in a text message.

“But let us not forget that we have rules and laws to follow. We are a government of laws and not of men, meaning, no one is above the law,” he added.

Odron also stressed the importance of due process in dealing with politicians who are accused to have links in the illegal drug trade.

“If Comelec cannot disqualify those who were removed from office, even if ordered by the Ombudsman, on the basis that there is no finality yet, then how can one be disqualified simply by mere suspicion?” explained Odron. 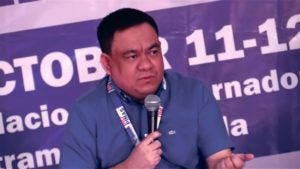 Officials from the DILG-7, said they are yet to receive a directive from their national office.

The department’s acting regional director, Maria Lucino, said she has received information about DILG Usec. Eduardo Año’s proposal to the Comelec but none of the regional offices was given any instructions regarding it.

She said DILG-7 does not have a copy of the narco-list, and she cannot yet determine what possibilities may arise if the plans will push through.

In Cebu, the names of three local chief executives were included in the government’s narco-list. President Rodrigo Duterte also tagged them as drug protectors shortly after he was elected in 2016.

No drug cases were filed against any of them.

Rama, who has been attempting to clear his name from the narco-list, said DILG and Comelec should not pursue with their plans.

“They should never do that,” he told CDN in a separate phone interview.

Rama will run for vice mayor of Cebu City under the Barug-PDP Laban group.

Last March, President Duterte granted Rama an audience, details of which the latter refused to divulge.

Rama said he is hopeful that having his name in the narco-list would not affect his bid for the vice mayoralty race.