Sober amid the circus 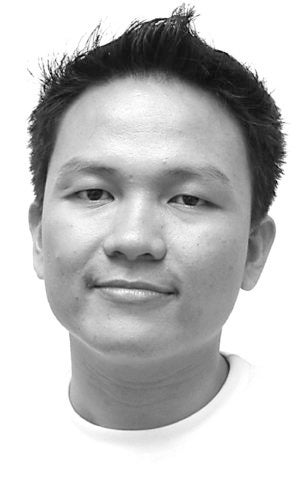 Election season has come. It is a time for discerning discourse especially on social media where trolls and fanatics are getting ready to wrestle with anyone whose goat they get.

Before you get sucked into the bile that is likely to flood your news feed, take time to like and follow the pages of organizations that can guide you in exercising your right of suffrage in May 2019.

Better yet, set up your feed so that you see posts from these pages first and share them to help educate persons connected to you on the social network.

The Commission on Elections, the constitutionally mandated agency for presiding over Philippine polls is on www.facebook.com/comelec.ph. Here you will find rules governing campaigning, voting, the counting of votes and related matters.

The nongovernment electoral watchdog National Citizens’ Movement for Free Elections or Namfrel is on www.facebook.com/Namfrel.

As stated in the “About” section, “Namfrel is a world pioneer in election monitoring.

“As a Filipino citizens’ group, Namfrel’s commitment is to actively participate in strengthening democratic institutions and processes, particularly the electoral process.

“It highly encourages the involvement of citizens in this enormous task of guarding democracy. Namfrel believes that it is only by harnessing the power of an informed and concerned citizenry that free, orderly and clean elections, as well as honesty in government, can be achieved.”

The Legal Network for Truthful Elections or Lente Philippines is on www.facebook.com/lentephilippines.

The network has released a statement urging persons filing their certificates of candidacy not to turn their activity “into a circus.”

“Candidates should take this opportunity to show their track record and plan of action to voters aside from just showing force or resorting to gimmickry to gain attention,” said Lente’s executive director Ona Caritos.

The Parish Pastoral Council for Responsible Voting or PPCRV is on www.facebook.com/ppcrv.

According to its own profile, the PPCRV is “a national parish-based political but non-partisan lay movement that works assiduously for clean, honest, accurate, meaningful, and peaceful elections.”

The “One Good Vote” module for voter education may be downloaded from the PPCRV Facebook page.

The Cebu Citizens’ Involvement in Maturation for People Empowerment and Liberation or C-Cimpel is on https://www.facebook.com/C-CIMPEL-Archdiocese-of-Cebu.

C-Cimpel is “the political education arm of the Archdiocese of Cebu serving all seven church districts for inclusive governance and people empowerment.”

* * *
One example of unhealthful material in relation to the coming national and local elections is a meme circulating on Facebook that scolds Cebuanos for having ensured the victory of Rodrigo Duterte in the last elections.

The caption: “Cebu delivered 1.4 million votes for the murderer; his closest rival garnered 1.1 million. Big mistake, Cebu, just like the rest of the country. Now that [you] are being slaughtered like pigs. Sorry, you did not listen. You cannot turn back the hands of time!”

I do not know what the author hoped to achieve. Apart from ignoring the fact that Cebu remains robust opposition country (that the 1.1 million have since converted to the Duterte cult strains credulity), the message of the meme will only alienate and infuriate supporters of the President who are already loath to admit they may have made a costly mistake in voting for him.

Such memes should be ignored. This might be a herculean struggle (I have found it to be so), but it should be engaged in. Now more than ever, for the cause of nationhood we ought communicate to persuade others rather than to refute and reduce them to resentful silence, to appeal to their hearts and consciences rather than to hurt their pride, to invite them to the defense of human life rather than to rile them.

May we find the strength to satisfy the oughts especially on platforms that tend to anonymize if not dehumanize.