Senate inquiry: The only hope for justice 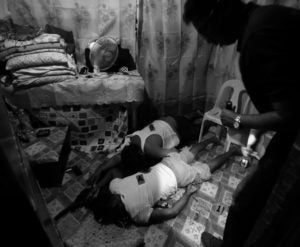 The spate of unsolved killings in Cebu has impelled opposition senators to ask for a Senate inquiry. For the families of the victims, the inquiry is their only hope to attain justice.
CDN FILE PHOTO

For the families of two of the victims of unsolved murders, the senate inquiry may be their only hope to attain justice, and for the perpetrators to be identified and arrested.

Ann Marie Blanco, daughter of Ronda Mayor Mariano Blanco who was gunned down inside his office, said she is ready to appear and testify.

“Yes (we are willing to attend). It’s good to hear that someone is doing this (Senate inquiry),” said Ann Marie in a text message sent to Cebu Daily News.

While the inquiry will be for legislative purposes, she said it is better than no progress at all.

She said there has been no development in the police investigation of his father’s death and the police have not given them any updates on what they are doing.

“(This is) a great help for us to attain justice considering my father worked hard for the government,” said Ann Marie.

Mayor Blanco was killed by still unidentified assailants inside his office at the Ronda Municipal building at past 2 a.m. of Sept. 5. 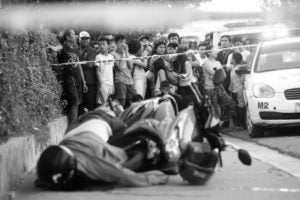 Like the Blancos, the family of PO3 Micahel Santino Cortes also expressed dismay that there are no developments in the investigation over his death.

In an interview with CDN, Delia Cortes-Comedero, the cop’s older sister, said they no longer expect that there will be any further investigation on the killing of her brother.

“We are not expecting anymore. Sa kadaghang panghitabo karon sa atong lugar, even one solution wa mi nadunggan from them,” added Comedero.

(Of the many events in our place . . . even one solution we  have not heard from the police) 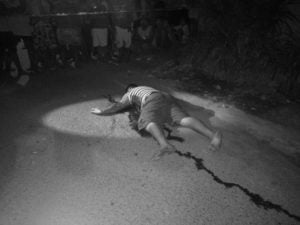 PO3 Cortes was ambushed by still unidentified assailants in  the afternoon of Oct. 12 in Barangay Pooc, Talisay City.

His two companions, Dennis Patiluna and Jose Soroño and a scavenger, Cresenciana Ranghus, who was just passing by the area, were also killed during the ambush.

Comedero said that they too want to attend the Senate inquiry believing that it is the only way they can attain justice for PO3 Cortes, who, she said, has been a good public servant.

(I hope that my brother will be given the justice that he deserves and hopefully what happened to him will not happen to others).

The Senate Committee on Public Order is now working on the final schedule of the Senate inquiry, which was requested by the minority bloc allied with the Liberal Party and Sen. Grace Poe.