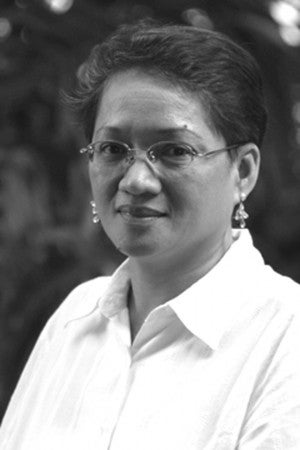 Last Thursday’s gory accident involving a motorcycle-riding family of three and a 40-footer tanker provides a striking backdrop to the temporary restraining order (TRO) issued by the Supreme Court that sustains the Land Transportation Franchising and Regulatory Board LTFRB in its stance against the motorcycle-hailing app ANGKAS bikers and its colorum counterpart called habal-habal.

The fatalities in the bloody accident were Lendie Sohitado, a security guard who took time off from work to join his wife Maria Regina and their 9-year old son, Redel in a school Christmas party. Details of how the motorcycle they were riding was run-over by the middle part of the truck were not clear but the driver of the fully loaded 40-footer tanker claimed he did not realize the truck he was driving had ran over three people on board the motorcycle.

It was a bloody Thursday with 7 motorcycle accidents happening in one day. Reports say the daily average of mishaps involving motorcycles is three but what happened to the Sohitados last December 13 illustrates how dangerous our city streets have become for motorcycle riders. The accident is a wake-up call for local government units who back the motorcycle ride-sharing scheme for reasons of expedience.

The Land Transportation Franchising and Regulatory Board LTFRB has been running after ANGKAS bikers in the national capital region because it violates Section 7 of RA 4136. Because these motorcycles are classified and registered as private, “they shall not be used for hire under any circumstances and shall not be used to solicit, accept or be used to transport passengers or freight for pay,” the law states.

The government’s crackdown reached its peak when it shut down the company in November last year but the drive hit a snag in September this year when the Mandaluyong RTC Branch 213 issued a preliminary injunction in favor of Angkas.

In Cebu City, ANGKAS has found an LGU ally in Cebu City through Mayor Tommy Osmena because the motorcycle-hailing app fills a serious gap in public transportation.

The mayor described the SC ruling as detrimental to the public living in mountain barangays. He is trying to lobby with lawmakers to amend RA 4136 but until that comes to pass, it would be difficult to swallow a policy that goes against a national law.

Some 25,000 people will reportedly be displaced if the government makes good its threat to apprehend ANGKAS and habal-habal drivers, a justification being exploited by the motorcycle-hailing company to pressure government to turn a blind eye against its illegal operation.

The pressure tactic is nothing new. This is the same circumstance usually used by vendors who illegally use the sidewalks to sell their wares. At night when there are no more law enforcers in sight, some vendors would spill out in the middle of the street and block the way of motorists. In the meantime, pedestrians hardly have any space to pass through. Government agencies seem powerless against this sector and we are supposed to condone this situation because the vendors are trying to earn a living.

Habal-habal drivers do not only flout the law once by operating minus a franchise. In areas where law enforcers are not visible, a number are minors, many are driving unregistered motorcycles while others drive with expired licenses.

If Land Transportation Office LTO Regional Director Victor Emmanuel Caindec wants to send the message that the law reigns supreme, he should mobilize his agents in areas around the city where hordes of ANGKAS habal-habal bikers fetch passengers — in IT Park, around public markets, residential areas located in mountain barangays, etc.

Certainly, he knows the terrain more than any other public official.

Read Next
Stowaways and seafarer’s dismissal