Persistence of the Sri Vishaya hoax 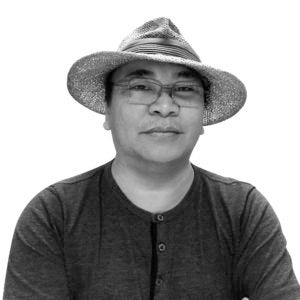 The persistence of a hoax as idiotic as “Sri Vishaya” confounds me even in this ultra-modern age. And I would like to spend this final print of my column on this issue.

Of the Indonesian trading kingdom called Sri Vijaya, I am certain our national hero, Jose Rizal, would have written about had his life not been cut short early morning of December 30, 1896. But to stretch the imagination and state that the Visayas is a word borrowed from that kingdom located over three thousand kilometers away I am sure would have left him dumbfounded like me.

That there are adherents of this belief who brazenly write about it on the internet today as if it were gospel truth, is almost beyond me.

Despite two scholars, Juan Francisco and Lourdes Rausa-Gomez, debunking this myth way back in the 1960-70s in scholarly journals and at least one book, why do Cebuanos and other Filipinos still insist on upholding this hoax?

To recall, it was the eminent pioneering American anthropologist H. Otley Beyer who first posited the idea —without any historical and archaeological evidence whatsoever—in 1921 that the Visayas was part of the Sri Vijaya, a large trading kingdom based in Sumatra between the 8th and the 12th century. The historian Gregorio F. Zaide picked this up some three decades later when he boldly proclaimed the Visayas as Sri Vishaya.

These two myth-making events persist to this day. Absent any evidence of stone steles, stone temples, other stone structures, or even the technology to cut stone and fashion them into building blocks or idols and images, every non-historian and non-archaeologist seems to accept their erroneous views as sacred truth.

Alas, when Pigafetta arrived at the vibrant trading port of Cebu, he mentioned no stone idols or even houses made of cut stones. That should have been enough to quiet the hoaxsters.

But why this persistence? the most immediate reason is simple: some people just refuse to read published scholarly works or refuse to believe what does not conform to their fake news. Lourdes Rausa- Gomez’s revealing paper on this hoax, extended to the idea that the Philippines was part of the Madjapahit empire – another baloney – is available on the internet to read. Her paper, simply entitled, “Sri Vijaya and Madhapahit” was published by the Ateneo-based “Philippine Studies” journal under volume 15, number 1 and can be easily googled, the pdf version of which can be downloaded for free.

The Indic scholar and historian Juan Francisco devotes one chapter on the issue of why the term ‘Visayas’ cannot possibly come from Sri Vijaya in his book “Indian Influences in the Philippines,” published in 1964 and reprinted in 1970. A scholar who studied in India, Francisco debunks this and many other beliefs about the Indianization of parts of the Philippines.

Just because we borrowed the word “Rajah” from our Malay trading partners, or just because there were Malaya and Indonesians who came to Sugbo in Humabon’s time, does not make Sugbo an Indianized kingdom. One need not look further than read how Pigafetta derisively describes the grotesque-looking wooden idols that lined the beach of Sugbo. If these were in the level of the Golden Tara, a Hindu idol found in the Butuan River and now exhibited at the Chicago Field Museum, he would have marveled at the level of sculpture in Humabon’s realm.

And just because a Golden Tara was found in Butuan does not, by the way, make the Kingdom of Butuan a Hindu empire or some vassal of a Hindu empire. Where are the stone temples or their remains? Surely there would be hundreds of idols washed down Agusan river if this were the case! In the same vein, we have excavated so many Chinese ceramics over time, does that make us part of the Chinese empire?

The second reason why this myth persists is because Filipinos long for a past lost when we were colonized, when missionaries reportedly deleted and replaced our epics and heroic folklore with theirs. It’s a longing for some golden past, one found in our neighboring countries best represented by the Borobudur Temple of Indonesia. Having lost a large part of our past as trading polities showing how vibrant our cultures had been, we get at scraps from others, make them our own and raise them on a pedestal, adding embellishes to make us proud that we too were part of their glorious past.

The mere fact that Magellan was advised to drop anchor and deal with the chief of Sugbo is enough reason to imagine that we could stand on our own and trade with foreigners, sans any empire or kingdom located thousands of miles away. That we had our own religion and our own belief systems not imposed by some faraway empire is what these people fail to see. They invent stories that Lapu-Lapu was from Sumatra or that his mother was from there, failing to see the irony: that a non-Cebuano had to fight for our freedom?

Unfortunately, the Visayas is not even identified in the four steles found about the Sri Vijaya. Thus, these hoaxes do nothing but the opposite: they make us look small, insignificant contributors to a far larger story in some faraway land. That is what fake news does to us, whether in the past or the present.

Let us open the new year by throwing away fake news and upholding the truth.

Read Next
Rizal for the young