CDN THROUGH THE YEARS

Once a Siloy, always a Siloy.

Beyond the nest of Cebu Daily News (CDN), former employees of the publication who once shed their passion for journalism, continue to exude the trademark of a true Siloy — tenacious and passionate in their current jobs.

Siloy is how CDN employees call themselves — a take on the rare Cebuano songbird that is the paper’s “sassy, snooping, and tell-it-as-it-is” mascot.

Former Siloys who found themselves in new practices practically grew up with CDN, with many of them starting their work with the paper either as interns or fresh graduates still trying to build careers.

Although they are now away from the place they called “home” for years, these former employees say that a part of them is left at CDN which taught them to build lives and communities with the stories they wrote. 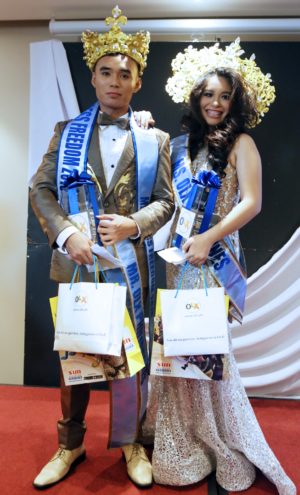 Among these Siloys is former ace reporter Victor Anthony Silva.

Silva, who stayed with CDN for more than four years from 2013 until end of 2017, often wrote for the business section.

Silva was a senior year Mass Communications student of the University of the Philippines (UP) Cebu when he began flying under CDN’s wings as an intern.

“We were required to complete a two-month internship program at a media outfit of our choice back in college. Among all the local newspaper companies in Cebu, I was most drawn to CDN. I don’t know why that was — up until this day. But I really am glad I went for it,” Silva said in an interview for this story.

After completing his internship program, Silva continued to write for CDN as a correspondent while working on his last semester in college.

His passion to deliver truthful stories that mattered to the public prompted Silva to accept an offer to become a regular reporter of the daily.

During his stay with CDN, Silva covered a variety of big stories ranging from politics to business.

According to Silva, among other things, his firsthand encounters with victims of tragedy will always have a special place in his heart.

“These are the ones where I’m assigned to interview people who have overcome tragedies and I get to listen to their stories of hope and resilience,” Silva said.

“Whether it’s the interview with a 7-year-old boy whose mother died saving him from a flood during a storm in Malabuyoc or a family still waiting for a place they can call home after the destruction wrought by Yolanda in northern Cebu, these assignments will always have a special place in my heart,” he said.

Aside from his experiences out on field, Silva also greatly treasures the learnings that he got from his editors whom he considers as life mentors.

“Out of all the many lessons that I learned during my stay, what stood out to me was something both CDN editors-in-chief, Eileen Mangubat and Edralyn Benedicto, whom I’ve had the pleasure of working with said at one point, which is that you’re only as good as your last story,” said Silva.

These words serve to remind Silva, as part of the younger generation of movers, not to be complacent with his work.

It is also a constant motivation, Silva said, to learn and improve on everything that he does.

Silva left CDN in January this year to join the corporate communications team of a giant power corporation in the country.

“A huge part of who I am now, I owe to CDN. I wouldn’t be where I am today if this institution didn’t give me wings to fly. Once a Siloy, always a Siloy,” said Silva. 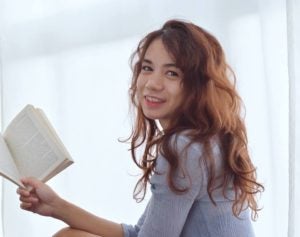 Hayde Quiñanola also started with CDN at a young age and grew up with lessons she learned from the paper and the people in it for 10 years.

Before graduating from college, Quiñanola wrote feature stories for CDN and eventually became a regular correspondent.

She was literally all over the place after she was given the opportunity to cover different beats from main news events to lifestyle stories for the newspaper’s Life! section.

Six months into working as a regular correspondent for CDN, Quiñanola received an offer from an advertising agency.

She could have totally left the paper back then; but her love for CDN kept the fire of her passion for journalism burning in her.

Just so she could continue to write for the paper, Quiñanola moved to the lifestyle section.

“The most significant lesson was to pursue with grit until you get to the end,” she added.

Pursuing stories — or life — with grit, is the life lesson that, Quiñanola said, she has learned from CDN which she continues to value till now.

As CDN moves to become fully digital to adapt to current online demands, both Quiñanola and Silva said that while they will miss the feel of the paper, they are also excited for the new chapter of CDN’s journey.

“Changes can be scary, but some changes are necessary. I believe that if this is the direction the group has chosen to go in order to navigate a rapidly changing media landscape, then I’m all for it,” said Silva.

“Although I will miss the smell and texture of paper and the joy that comes from flipping physical pages, I’m also excited for CDN to open this new chapter,” he added. 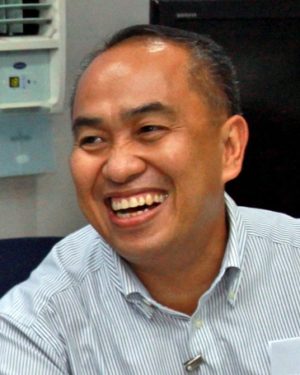 Cuizon, who worked as a CDN contributor, wrote several articles from 2004 to 2008 after he was invited by former CDN editor-in-chief Eileen Mangubat to write about heritage.

At that time, he was working as Public Affairs Manager of the Mactan-Cebu International Airport Authority (MCIAA).

He said that meeting new people, who eventually became his good friends, was what he loved most with his time at CDN.

“I met many good friends there and some of them are still my friends now,” said Cuizon, who now sits as the regional director of LTFRB in Region 3.
Cuizon also took pride in seeing his published articles.

“Seeing my heritage articles get printed for public consumption was a high in itself. It meant that the editors believed in my capability as a writer and that my research efforts were well worth it,” he said.

Following his four-year stay at the paper, Cuizon considers CDN as the voice of Cebuanos.

“CDN is a voice that speaks of Cebu. How it looks at things and what makes it special. It’s fair and fierce take on the day’s news is reflective of the fearlessness of Vicente Sotto, Natalio Bacalso and Al Alinsug,” said Cuizon.

“CDN is about being quintessentially Cebuano,” he concluded.
(To be continued)